You are using an outdated browser. Please upgrade your browser to improve your experience.
by Alexander Vaughn
April 5, 2011

We hear from time to time about apps that avoided Apple's approval process by going to Cydia. Those apps can then be sold to jailbroken users. If you're a big company like Toyota, it might not be that simple to do, not to mention naive to even try. Following yesterday's reports about their jailbreak-only campaign on Cydia, Toyota is now pulling the plug on the project, at Apple's request.

According to ModMyI's founder Kyle Matthews, whose site is hosting Toyota's theme and advertising it, Toyota's ad agency contacted him yesterday and requested that ModMyI pull the theme from distribution. They also stopped their advertising campaign on his site. Interestingly, Matthews reveals that ModMyI has already been hosting Toyota's theme for two months. Yet, the request for removal only arrived after the news spread all over the web yesterday. According to Toyota, Apple asked them directly to remove the app when they found out about it:

Apple is clearly defending its turf here. As we pointed out, Cydia offers a nice way around Apple's iAds program. On the other hand, we've never seen Apple go out of its way like this and use its power to pressure someone out of the jailbreak world. Is that only the beginning? Were they right to do it? You tell me! 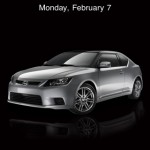 Toyota Pulls Out From Cydia - Struck By Apple's Lightning

Toyota Pulls Out From Cydia - Struck By Apple's Lightning
Nothing found :(
Try something else