You are using an outdated browser. Please upgrade your browser to improve your experience.
by Bryan M. Wolfe
May 24, 2011
When Steve Jobs and Steve Wozniak formed Apple in 1976, they needed to bring in someone to do “the adult things need to keep a company running.” That person was Michael Scott, who recently sat down with Business Insider to talk about the early days of Apple, and in particular about Jobs. Hired as Apple’s fifth employee by Apple’s first investor, Mike Markkula, Scott served as CEO from February 1977 to March 1981. During that time, the company made its first profit ($50,000) and released the Apple II and Apple II Plus. Markkula, who succeeded Scott in 1981 as CEO, brought in the former director of manufacturing at National Semiconductor to overlook the company’s day-to-day operations. According to Scott, Jobs, in particular, was always more concerned with the perfection of the product than in dealing with his staff. For example, Jobs went through “thousands” of beige colors for the Apple II and found none to his liking. In the end, the company created their own color called “Apple beige,” which got registered. This sounds a lot like Jobs' ten-month odyssey to find the perfect white for the iPhone 4, don't you think! Scott states:

I don't know how much he's changed being a manager, but he would not, for instance… he was never allowed to have much of a staff while he was there because he would not supervise them. He wouldn't make sure they got their reviews on time or that they got their raises, or that they got the health they need. You have to take care of the people as well as the product. As they say he yells at people, at times you have to yell, but at times you have to be supportive too, and I would say that that's still what makes Steve, Steve. The thing that everyone still misses is that there always was and still is a lot more to Apple than just two Steves. But thank God I think our early decision to let the two Steves do the publicity, I'm happy for that.

In the end, Scott left Apple not so much because of he said to deal with Jobs and “confrontations with him.” Rather, it was “two Steves and Mike, if I didn’t have all of their support, I wasn’t going to stay.” And he didn’t. After taking Apple public, Scott led Starstuck, a private firm that attempted to create a sea-based rocket. He also is an expert of colored gemstones. Of Jobs, he concludes with:

Steve just wants to be Steve. Steve's never shy about telling you what he wants and where he stands. He's very straightforward to deal with. Unlike other people that don't tell you what they mean. If you're a politician versus a businessman, that attitude can have its ups and downs.

The Business Insider interview is an amazing look at the early days at Apple, and the article is definitely worth your time. What do you think? Leave your comments below. 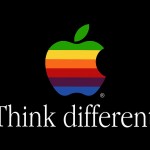 How "Apple Beige" And The White iPhone Are Related

How "Apple Beige" And The White iPhone Are Related
Nothing found :(
Try something else