You are using an outdated browser. Please upgrade your browser to improve your experience.
by Bryan M. Wolfe
May 27, 2011
On June 6, Apple is expected to announce its next “game-changing” product, tentatively called iCloud. This will be the company’s long-rumored cloud music service. With it, Apple could very well change the music industry (again) like it did when the first iPod arrived one decade ago. So, what should we expect? Here are five thoughts largely based on rumors and off-the-record statements from industry leaders. A Digital Locker Like Amazon’s recently introduced Cloud Drive service, iCloud will give users the ability to store music onto Apple servers. However, unlike Amazon, Apple is doing this with the approval of music labels and publishers. Because of this, expect Apple’s system to automatically scan a user’s iTunes music directory and upload those songs that were previously purchased using Apple’s service. Best of all, iCloud will replace your songs with higher-quality versions, if appropriate, according to BusinessWeek. One unknown: What happens with songs purchased elsewhere or copied from CD? What about bootleg recordings? We'll see. It will cost you Apple isn’t going to do this for free, especially after negotiating agreements with the music industry. Most likely, some sort of bundle will be available through the company’s existing MobileMe service, which currently costs $99 per year. However, don't be surprised if Apple makes the service available for free, at least for a limited time. Everyone will be onboard As previously reported, three of the four top music labels have already agreed to Apple’s iCloud terms. In addition, the company is said to be signing up music publishers as well. While Apple may announce its iCloud service in June, it won’t become available until everyone is onboard. Therefore, we should wish Apple all the best in signing those final participants. Without them, the service could be delayed. Apple will reign Although Amazon and Google introduced their own music cloud services earlier this year, Apple will still remain No. 1 in music sales. Says BusinessWeek:

There's irony in the possibility of Apple trumping its rivals yet again in music. For years the labels have complained about Apple's hammerlock on digital music and sought to nurture a strong competitor. Now they "are about to give Apple even more power to dictate how music is consumed," says Daren Tsui, chief executive officer of mobile entertainment company mSpot.

Music will flow everywhere Music stored on Apple’s iCloud service will be available everywhere, from a user’s Mac or PC to their iPhone or iPad.  Plus, don’t be surprised if Apple allows some sort of sharing service too. This would allow users to share songs with family and friends, at least in some limited capacity. However, don't expect iCloud availability on an Android-based device or any other competing device. The bottom line: Apple’s cloud-based music service is coming and it will be unlike anything else currently available. Whether it actually launches next month will depend on whether Apple can sign up the remaining music label (Universal) and publishers. What do you think? Leave your comments below. [Photo: Yolande Larkin] 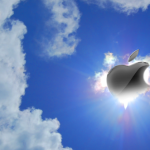 Five Things You Must Know About Apple’s Cloud Music Service

Five Things You Must Know About Apple’s Cloud Music Service
Nothing found :(
Try something else