You are using an outdated browser. Please upgrade your browser to improve your experience.
by Bryan M. Wolfe
May 4, 2011
AT&T has officially been told by Apple not to expect the iPhone 5 in June or July. This news, first reported by MacRumors, confirms what we’ve heard for months: the next-generation handset won’t debut until later in 2011. Apparently, an AT&T customer received word that his eligibility date for a subsidized update had been pushed back by over five months. Concerned about the change, he contacted AT&T customer support and received this explanation:

Apple has informed us that they do not plan to release the iPhone in the June to July timeframe, though there will be a newer version in the future. Unfortunately, we have not been given a release time for the new phone. We will release this information on our website when it is available to us.

For what it’s worth, I recently checked my eligibility date for an iPhone upgrade using the AT&T website. Since there are five lines on my account, AT&T is typically very generous in allowing me, as the account holder, a phone upgrade each year. Two weeks ago, my eligibility date for an upgrade was June 11, 2011. This made sense since I purchased my iPhone 4 last June. However, today that date was pushed to June 25, 2011. Although this two-week shift is shorter than the delay mentioned above, it is a shift nonetheless. To be sure, I also contacted AT&T customer support and received the same confirmation. In my case, I am still eligible for some sort of upgrade in June, because of having five lines. For example, if I’d want to purchase an Android-based device (which I do not). In the end, Apple will be the one to announce when the iPhone 5 is released. I believe it is safe to say it won’t happen at next month’s WWDC conference. However, it will almost certainly occur sometime later this year. Has your eligibility changed as well? Let us know by leaving your comments below. 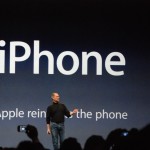 AT&T Confirms iPhone 5 Delay, Or Did They?

AT&T Confirms iPhone 5 Delay, Or Did They?
Nothing found :(
Try something else