You are using an outdated browser. Please upgrade your browser to improve your experience.
by A.T. Faust III
May 20, 2011
The Electronic Frontier Foundation, or EFF, has stepped in on behalf of the iOS developers recently receiving litigious FedEx parcels from Lodsys, the now-infamous non-practicing entity (read, "patent troll"). Our guy Bryan reported on the company already, as have numerous bloggers and news outlets the world over, but the EFF is the first powerful legal entity to speak up on what's going down, and their quick support should be at least some comfort to affected developers while they wait for Apple's response. For those curious and not yet privy to the patent in general, it seems to be a 1992 invention of something akin to today's "in-app upgrade" model. The legitimacy of the patent has apparently not been challenged in any meaningful way, and -- on the surface -- it's a fairly efficient, short-reaching one. Lodsys wants a very small 0.575 percent of the revenue generated by any software using its technology. Still, the debate will always rage on about the morality (if not the outright legality) of people or companies sitting on patents to essentially collect a tax on consumer-reaching technical progress. Engadget has run a pretty hefty post about the EFF's involvement, speaking with representative Julie Samuels and coming up with the following bit of important insight:

According to a post on the Lodsys blog, "Apple is licensed for its nameplate products and services." So is Google, and Microsoft, the firm claims. Apple's decision to license the patent should not be viewed as any indication that the patent is applicable in this case, however. Rather, the company may have decided to license the patent simply because it was cheaper to pay a fee than to run the risks of litigation, as is often true with intellectual property (IP) cases. It's also possible that Apple licensed the patent for another product, unrelated to iOS. Samuels expects Apple to offer its full support to developers targeted by Lodsys, perhaps even extending its license to cover them.

That last bit is the most likely outcome of this whole mess, but some other options naturally remain. Apple could simply be irritated enough (and motivated enough to do good by their platform's developers) to take matters to court, where the company will enjoy a giant advantage in legal representation (but certainly won't enjoy the costs that come with it). Apple may also seek to challenge the definition of "upgrade" as used in the patent, because it is such a subjective term. Or, we could see "in-app purchases" remain for iOS developers, while "in-app upgrades" (free versions to a paid versions or ad-removal options, for example) are simply eliminated altogether. Apple is taking a long time to respond to this, but developers should not fear. Once Apple has assembled all the patent and legal information it needs and makes a decision on how it's going to help its content creators, everything will be out in the open and open-and-shut. Devs, don't worry. Stand firm. (The Apple developer agreement says you aren't supposed to settle, anyways.) In matters like this -- legal ones that affect its entire ecosystem and the livelihoods of its valuable contributors -- Apple undoubtedly has your back. Oh, and if you need a laugh, these are pretty amusing. [Image credit: salagir.com] 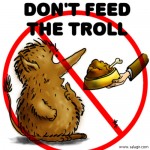 The Electronic Frontier Foundation Stands Up For Lodsys'd iOS Developers

The Electronic Frontier Foundation Stands Up For Lodsys'd iOS Developers
Nothing found :(
Try something else