You are using an outdated browser. Please upgrade your browser to improve your experience.
by Bryan M. Wolfe
May 23, 2011
Although Apple has signed up three of the four big labels for its iCloud service, there remains one missing piece of the puzzle. The big music publishers have yet to sign on to Apple’s music in the cloud service, according to All Things Digital. Could this stop iCloud from being announced next month? To date, Apple has signed up Warner Music, EMI Music, and Sony Music for its iCloud system, which will allow customers to store music files onto Apple's servers. In addition, Universal, the last of the big four music labels, is expected to sign up soon. Unfortunately, music publishers are not yet on board. These rights-holders, who actually own the rights to songs’ underlying compositions, seem “small and technical.” However, they are also very important. Accordingly:

The two groups each get paid when their work is used, at different rates. And while all the big music companies have both a recorded music arm and a publishing arm, the two operate in different silos, and don’t always share the rights to the same music. The Beatles’ recordings, for instance, belong to EMI Music, while the bands’ publishing rights are controlled by Sony/ATV. The fact that ownership of a single song can be shared by lots of people is one of the reasons it’s so hard to get anything done in digital music (recall that Google and Amazon both bailed on getting any rights at all for their cloud services). But the complexity isn’t a deal killer, either.

Apple is expected to announce its cloud service at its WWDC conference, which begins June 6. To do so, Apple wants to make sure it has all the necessary deals in place, so that the service can be in consumers’ hands soon after. If deals cannot be arranged, Apple could announce iCloud in June, but not actually release the service until later in 2011. Hopefully all of the sides can get together before June 6, and we can begin using iCloud soon after that date. What do you think? Leave your comments below. [Photo: Yolande Larkin] 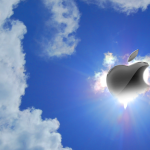 Not So Fast: iCloud Could Be Delayed

Not So Fast: iCloud Could Be Delayed
Nothing found :(
Try something else