You are using an outdated browser. Please upgrade your browser to improve your experience.
by Bryan M. Wolfe
May 10, 2011
Following today’s announcement of Google’s Music Beta service, more information about it has been released. Generally speaking, the service remains a work in progress (as are all betas), both in the service it provides and to whom. Still, given it is coming from Google, it shouldn't be discounted. The Google Music Beta service, which was revealed at today’s I/O conference, lets users store their music collection online using a Flash-based website. From there, those songs can be accessed online or through a device running Android 2.2 or higher. This means, at least initially, iOS users are largely out of the loop. However, according to CNet, this isn’t entirely correct since the music will play via Mobile Safari, assuming there is a Wi-Fi connection. This is similar to Amazon's Cloud service, which initially wouldn't work via Mobile Safari, but now it does. Yet, Macstories says “it’s unclear at this point whether Music Beta really works on iPhones or iPads, meaning Flash is only required for some transitions and animations.” What we can confirm is that Google is providing a Mac uploader application. With it, users may choose which songs (or playlists) should be uploaded to Google’s servers. These songs, thereafter, can be listened to via a PC or Mac browser. Google Beta users can also upload music from a select list of artists. Again, Flash is required for this to work. Anyone interested in joining the Music Beta, should visit http://music.google.com and fill out an application. Currently, we at AppAdvice are still awaiting our invitation. Finally, be aware that Google will remove any illegal, unauthorized, or copyright-infringing music from its service, according to Gizmodo. This means:

For end users, this means that album/song leaks and pirated music will not be tolerated. And though it seems like it will be difficult to distinguish what's pirated and what's not, Google will probably use that same analysis tech they use for playlists to verify you have the right to upload that track to Google Music (spectral analysis and/or watermarks could expose rips from different sources). And that means if you've happened to download a leak or any unauthorized rip from the internet, then uploaded it to Google Music, it could be taken down.

In other words, you’ve been warned. We'll certainly have more to say about the Google Music Beta once we receive our invitation. No doubt its arrival makes Apple's own likely online music service that much more significant. If you receive an invitation, please let us know what you think. Leave your comments below. 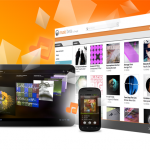 Google Music Beta 101: What You Need To Know

Google Music Beta 101: What You Need To Know
Nothing found :(
Try something else