You are using an outdated browser. Please upgrade your browser to improve your experience.
by A.T. Faust III
May 6, 2011
Since Apple purportedly purchased the iCloud domain last month, there has been rampant speculation as to what the service will bring forth, both in terms of iOS integration and Apple's general plan for our mobile future. The simplest suppositions seem to be a foregone conclusion: cloud storage for iTunes media, bookmarks, email, contacts, calendars, etc. These are almost certain to be unveiled as key highlights when the service is announced, but -- until that big day (probably during June's WWDC event) -- we're left with our own musings and ramblings about what's up for iCloud. It's a good bet that iTunes services will account for most of what iCloud initially is. The real question, then, is what will iTunes eventually become? As a wholesale and cost-free replacement of the MobileMe service, Apple would have an instant installation of 200 million users. (That's part of the reason the process has taken so long: As soon as the switch is flipped, everything has to be seamless or there stands to be tremendous public backlash.) However, between last week's OS X Lion developer build "Reading List" and yesterday's rumored iOS 5 over-the-air update functionality, more extended uses for the data center can be readily drawn into focus. So, what else should we expect to see? Many analysts think a premium video-streaming service beyond the current model for iTunes rentals is in line, as may be the hotly-debated plan to allow for the download and viewing of films currently in theaters. Others point to "a voice 'interface' or navigation service, based on [Apple's] Siri acquisition" and Steve Jobs' own admission of a forthcoming "traffic service." There's enough solid speculation out there (and, probably, in your own head) to get you excited about iCloud's massive potential. But, as my editor posited in a conversation some days ago, we must take care not to view this only from a consumer standpoint. How, he asked me, will iCloud impact App Store developers if they are given API access to its data storage and streaming capabilities? Well, I can't really answer that comprehensively. For these apps -- like for iCloud itself -- the sky is the limit. Any app that creates any kind of output (from writing, drawing, and painting to photos, music, and videos) can store its archives off-device. If all this happens, future iDevices wouldn't need the copious amounts of expensive flash storage they're currently built around. Like the second-gen Apple TV, perhaps a scant 8 GB would more than suffice to serve virtually infinite amounts of data. (That mythical iPhone mini doesn't sound too crazy anymore, huh?) Regardless of what iCloud ends up being or how it's used, one thing is certain: It will be a game changer. Sure, it won't suit everyone's needs, but nothing does. Ultimately, though, the service is going to exponentially increase iDevice utility while potentially cutting costs across the supply chain. In the tech world, that just doesn't happen very often. It's called being on cloud nine! What do you think? Let us know what iCloud means to you in the comments below. 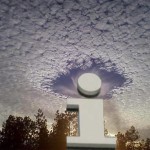 Will iCloud Have You On Cloud Nine, Or Is Your Head In The Clouds?

Will iCloud Have You On Cloud Nine, Or Is Your Head In The Clouds?
Nothing found :(
Try something else