You are using an outdated browser. Please upgrade your browser to improve your experience.
by Tim Chaten
May 10, 2011
In Apple’s 2010 “Back To The Mac event” Steve Jobs shared the idea of the Mac adopting a few things from iOS. The immediate fruit of that was the newly created MacBook Air that attempted to bring the hardware benefits of the iPad to the Mac. This summer Mac OS X Lion will be released. This update will bring many things we both love and hate from iOS to the Mac. This is what the Mac has adopted so far.

The App Store and Launchpad 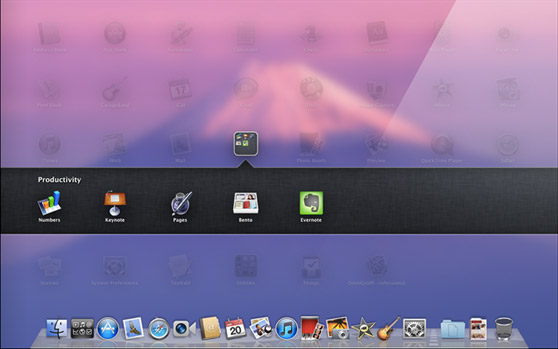 The Mac now has an App Store, which is already a part of Snow Leopard. This is a great addition to the Mac. Those that were once afraid of buying applications now can. Lion is going to take this experience a step further by introducing Launchpad. Launchpad will replicate the experience of using an iOS home screen. Complete with folders, jiggling to move apps, and easy deleting of apps and its data. Launchpad is an okay addition to the Mac, but with tools like Spotlight and being able to have app folders in the dock this feature may not be used by the more experienced users. 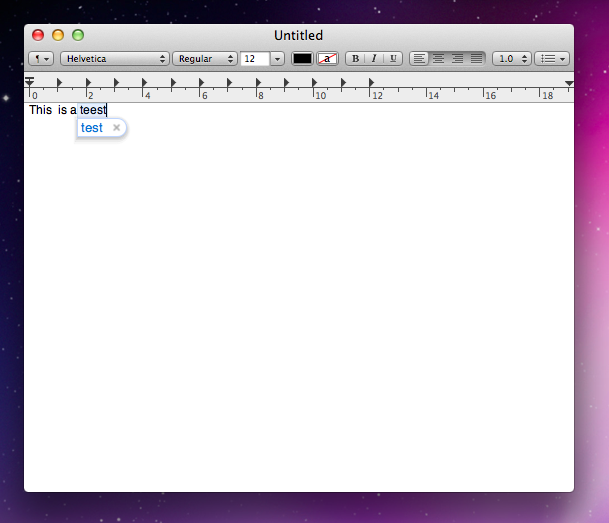 Autocorrect is both beloved and hated by its users on the iPhone, iPod touch and iPad. It does a marvelous job of correcting our spelling. It also does a great job at making us say stupid things as evidenced by the website Damn You Auto Correct. Well, like it or not autocorrect is coming to the Mac. Those that have used it on the Mac find that it works better than in iOS. In fact it will underline autocorrected words in purple, which allows you to easily find and restore your typed text. This is a feature that we wish Apple would bring to iOS. The ability to easily change an autocorrected word back to the original would be a blessing to many iPhone users. 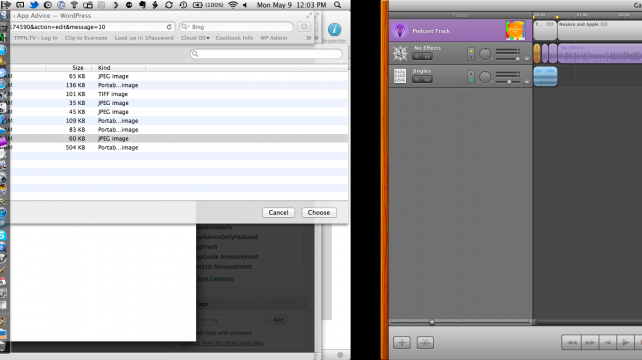 Full screen apps are coming to the Mac in a big way. Apps like iCal, Safari, GarageBand, and iPhoto already have this feature built in for those using Lion. Full screen apps also bring about a new way developers will begin to design their apps. Those pop-out windows you’ll find in iOS apps are already showing up in apps like Safari. The best example of this is the download window for Safari. That window now appears as a little icon that can be expanded from within Safari. The coolest thing about this is that the icon disappears when nothing is downloading or the list is cleared. There is also a blue indicator showing you how far along the downloads are. It will be cool to see what other app makers follow Apple’s lead in this new UI element. 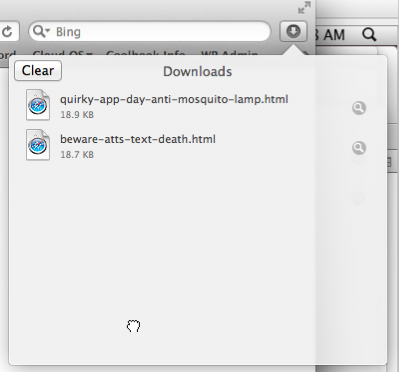 Three and four finger gestures are also included. These mimic the gestures found on the iPad. You can view Apple’s demo gesture video here. The experience of using the Mac and the iPad feel very much the same thanks to gestures and full screen apps.

The Settings App and Location Services 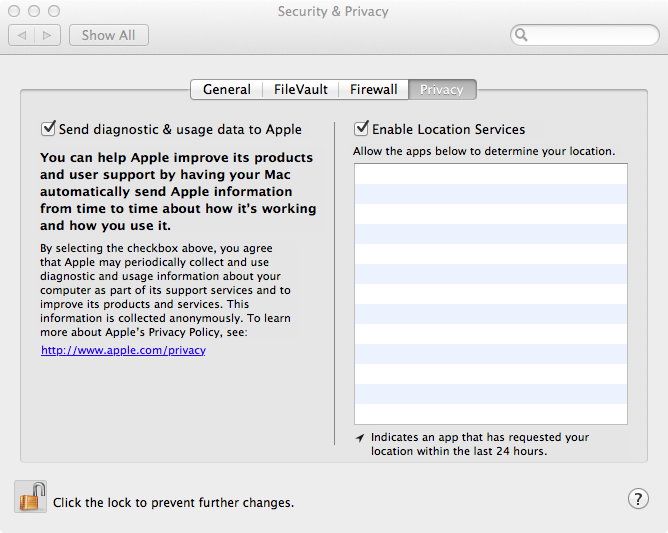 The settings app on iOS also seems to be influencing the Mac now. A great addition to the Mac is the ability to setup your Mail, Contacts, and Calendars all within the system preferences, just like you can in iOS. Location services also are a part of the Mac now. It is hard to say whether apps will be able to access your Mac’s location, but it is there. It will be fun to see what developers do with a location aware Mac. 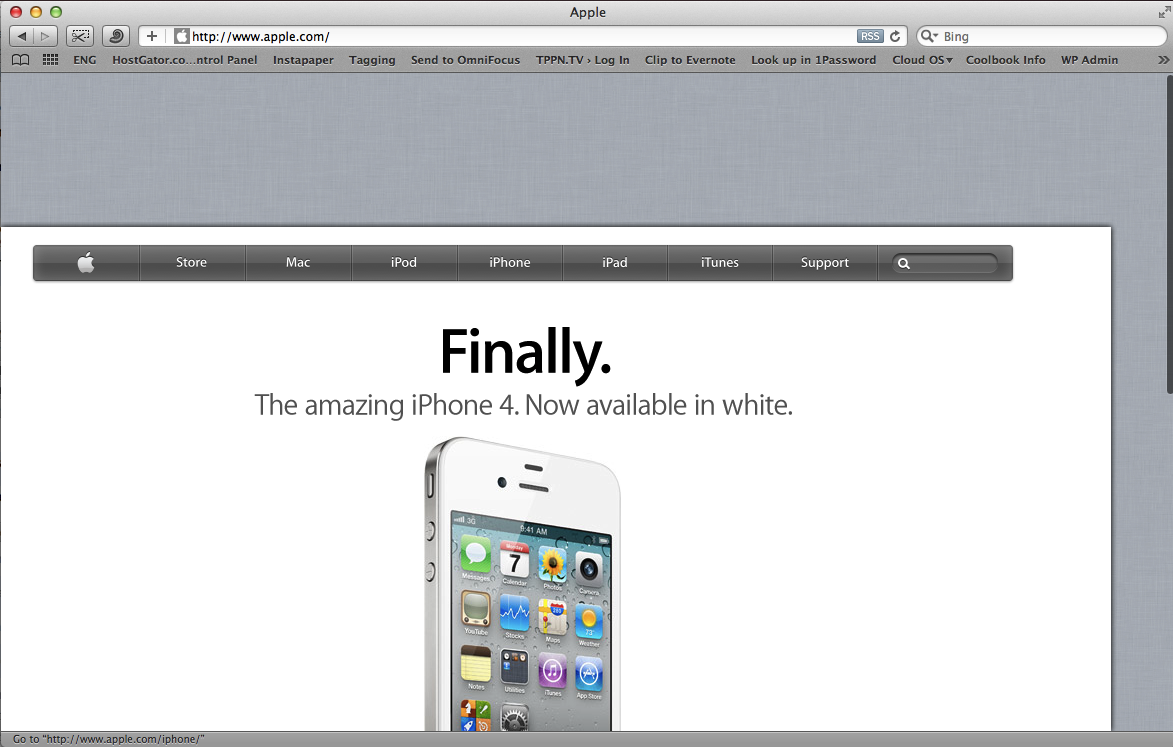 There are some nice touches that have made their way to the Mac as well. That super fluid scrolling that Apple calls “rubber band scrolling” has made its way to the Mac. Just like on iOS, scroll bars now stay hidden and will bounce back when you reach the end of the content area. Auto save is perhaps one of the nicest touches to make its way to the Mac. Your Mac will make sure you do not lose data. When you close an app that data will be safe. You can even reboot your Mac and that data will remain safe. When you open the auto save supported app the document you were working on will open right away. It is a feature that makes rebooting fast and easy.

The Future Of iOS

As you can see there are a ton of iOS things coming to the Mac. Perhaps even more thrilling than all this is what will we see Apple take from Mac OS X and bring to iOS. Imagine a future where your iPad has Safari plug-ins, forward/back gestures, Mission Control (to improve upon the current multitasking interface), AirDrop (to easily share files from the Mac to your iOS device), and even the dashboard for mini apps. These are just some of the many things that Apple could bring to iOS to make it even better. We look forward to the release of Lion and what Apple will do with iOS 5. What other Mac things could Apple bring to iOS? Let us know in the comments. 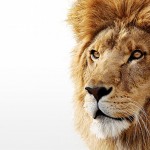 Apple Brings iOS Functionality To The Mac
Nothing found :(
Try something else