You are using an outdated browser. Please upgrade your browser to improve your experience.
by Bryan M. Wolfe
June 10, 2011
The war of words between Apple and Amazon just got nastier. In a new court filling, Apple calls Amazon’s Appstore for Android “inferior," according to Computerworld. Since mid-March, the two tech giants have clashed over the word “appstore.” It was at that time Amazon opened its store for Android-based apps. However, in 2008, Apple had submitted a trademark application for “App Store” with the U.S. Patent and Trademark Office. While the application is still pending, that hasn’t stopped Apple from trying to protect what it considers its turf. Apple accuses Amazon of trademark infringement over its Appstore. For their part, Amazon says the words “app store” are generic and can be used by anyone. Apple, in their latest filing, seeks a preliminary injunction barring Amazon from using the “appstore” name. They state:

"Among other things, Amazon is making software available that bypasses security safeguards on Android, thereby increasing the potential harm of viruses and malware to customers' Android devices.”

Amazon isn’t alone in fighting against Apple’s claim to the “app store” trademark. In January, Microsoft asked the Patent Office to deny Apple’s trademark request. In May, Microsoft joined Nokia, Sony Ericsson, and HTC in making similar requests in Europe. What do you think? Does Apple deserve to own the words “app store?” Leave your comments below. 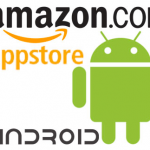 Apple: Amazon’s Appstore Is ‘Inferior’
Nothing found :(
Try something else