You are using an outdated browser. Please upgrade your browser to improve your experience.
by Bryan M. Wolfe
June 30, 2011
The dog days of summer are shaping up to be the perfect time to buy an iPad 2. Apple has ramped up production of its second-generation device and is said to be anticipating sales of upwards to 14 million iPads during the three months beginning tomorrow, according to Digitimes. After producing between 7-9 million iPads since April, Apple is gearing up for the approaching back to school season by doubling its iPad 2 production. In addition, Apple is largely expected to release iOS 5 in September, which should boost sales as will the upcoming holiday shopping season. According to Taiwan-based Digitimes:

In order to significantly increase its shipments in the third quarter, Apple has been piling up its inventory of iPad 2 components such as panels in the second quarter to minimize the risk of facing component shortages.

So, for those that haven’t yet bought an iPad 2, what are you waiting for? Leave your comments below. 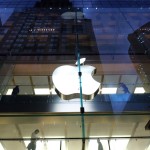 Apple Gearing Up iPad 2 Production Ahead Of Important Sale Seasons, iOS 5 Release
Nothing found :(
Try something else