You are using an outdated browser. Please upgrade your browser to improve your experience.
by Bryan M. Wolfe
June 29, 2011
Leaked reports suggest AT&T will offer three data plans for its upcoming 4G LTE network, which the carrier claims will offer real world download speeds of upwards of 28 Mbps, according to iPhone Download Blog. However, those speeds will come at a cost, and we’re not just talking about overage charges. Thanks to LulzSec, we now expect AT&T’s 4G LTE network will arrive for a select few beginning in July. When it does, AT&T will also unveil pricing plans for the new service. According to a leaked document (titled “PSD_LTE_Tier_v2.3_11.09.docx”), there will be three plans to choose from, each with its own set of rules and limits. The plans cost $30, $60, and $80, with data caps set at 5, 10 and 20 GB, respectively. Once a user goes over their monthly limit, however, AT&T will begin throttling. In other words, it will begin dropping your data speed. In some cases, this speed could actually drop to 500 kbps. Keep in mind, however, these leaked reports are from November 2009. Therefore, the actual plans announced by AT&T could be different. Of course, how much different could they actually be? Probably not a whole lot. In addition, remember that current iDevices will not work over AT&T’s new network. As reported earlier this week, the first iDevice to use 4G LTE will probably be the iPad 3, likely to be released in 2012. The first five U.S. cities to be offered AT&T 4G LTE are Atlanta, Chicago, Dallas, Houston, and San Antonio, Texas. Ten additional cities should receive coverage before the end of 2011. What are your thoughts? Leave your comments below. 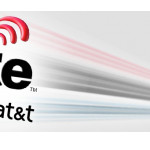 AT&T’s New 4G LTE Service Will Be Super Fast, But ...
Nothing found :(
Try something else