You are using an outdated browser. Please upgrade your browser to improve your experience.
by Samuel L. Lytle
June 10, 2011

Qik Video (Free) by Skype Software S.a.r.l is a unique social media app that allows users to (among other features) video chat from iOS to Android, stream live video and apply live filter effects. It is free to both download and use (aside from video mail). 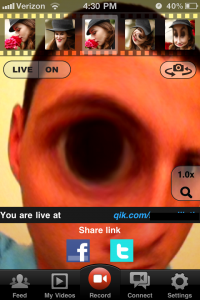 It may seem somewhat redundant that Skype now has two apps that allow video calling, but that is because Qik Video was recently acquired by the larger company and so far Skype has allowed the app to stand alone. There is speculation that the additional features that Qik has may someday find their way into the official Skype app and the two will become one.

Cross platform video calling is perhaps the key feature of Qik Video. While this isn’t the first app that boasts the capability, it combines a handful of features in an attempt to (further) revolutionize the way we communicate. The mobile operating systems that offer this capability are currently limited to Android (2.1 and higher) and iOS (iPhone 4, iPod touch 4G and the iPad 2), but the concept could gain even more steam if they include other mobile systems including Windows and BlackBerry.

I wasn’t able to try an iOS to Android call, but I did find video calling between two iPhone 4 handsets acceptable. On Wi-Fi the quality seemed slightly below FaceTime calling and on 3G it seemed on par with what Skype offers, if not a little below.

Another intriguing feature is live streaming. Unlike some other live streaming clients that require both parties to have special software pre-installed, Qik streams to any browser instantly at qik.com/yourusername. I can think of many ways this would be handy including streaming graduation to grandma in another state, or a baseball game to a sick friend that couldn’t make it.

Also included are the live filter effects. These are similar to what Apple has done on the Mac and more recently iPad 2 with Photo Booth and include color augmenting and video skewing options (such as pinch and twirl). These work well on the fly.

You can’t currently use your Skype login, but signing up is as simple as creating a username and password, your email address isn’t even required if you don’t want to include it. Integration with Facebook, Twitter and YouTube is included and finding friends is accomplished either by phone number, email or username.

Qik Video’s variety of features and the fact that it's free overcome a somewhat unpolished feel in an intriguing package. There are few reasons not to download this app, and at least give it a try, as it may even replace a few of your other favorites. 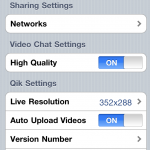 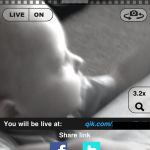 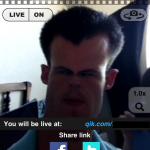 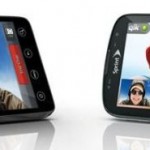 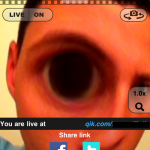 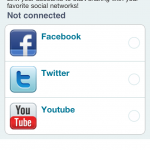 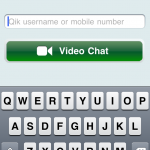 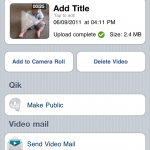 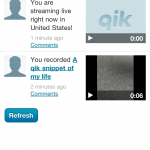 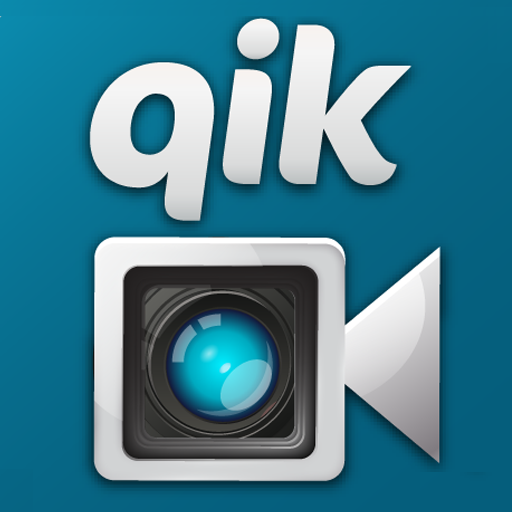 Calling from iOS To Android? Live Streaming? Photo Booth Like Effects? Qik Video Has You Covered

Calling from iOS To Android? Live Streaming? Photo Booth Like Effects? Qik Video Has You Covered
Nothing found :(
Try something else