You are using an outdated browser. Please upgrade your browser to improve your experience.
by A.T. Faust III
June 24, 2011
The news of Apple's mounting legal setbacks in its "App Store" trademark violation suit against Amazon comes as something of a shock to many of us following the case. While there are supporters and detractors of Apple's stance in the matter, it must be surprising to members of both camps that the Cupertino giant has apparently been so catastrophically unable to present clear and convincing evidence of infringement. As our Bryan Wolfe explains,

U.S. District Judge Phyllis Hamilton during a Wednesday hearing concluded that she would “probably” deny Apple’s request (for Amazon to stop using the “Appstore” term) because of lack of evidence. In other words, Hamilton doesn’t believe Amazon’s use of the term has caused confusion among customers. She stated: “I’m troubled by the showing that you’ve made so far.[And] that’s where you’re likely not to prevail at this early juncture.”

Though I have some experience in the USPTO process (as I've applied for and been granted a few trademarks myself), I'm neither trained in law nor qualified to wax analytical about the legal merit (or lack thereof) on Apple's side. That said, as an experienced follower of this sort of news, I'm having trouble understanding how Apple has muffed its approach so far. Without a doubt (and without any qualms), I am in general disagreement with Bryan -- and probably the rest of our staff -- on the classification of "appstore" as a generic term. There are several reasons for this, and each one is compelling enough (and provable enough) that Apple should not be facing the uphill battle they've been presented with. First, the fact that a phrase or term is a mere amalgam of two common words is not enough to warrant the vacation of trademark claims. If this were so, common sense tells us that most of the world's branding would cease to hold any defensible validity whatsoever. Secondly, Apple absolutely made mainstream the concept of both "apps" and an "app store." Before those famous iPhone commercials, most of the general populace did not refer to software as "apps." Rather, we used the word "programs." A simple Googling shows the iPhone-induced spike of "app" as a search term at exactly the time Apple started advertising the iPhone ecosystem. Thirdly, the fact that other large companies (in this case, Amazon) would rather choose deceptively similar branding for their digital content markets than the creation of their own new phrasing is an obvious indicator of the huge public connotations Apple has imbued in the word "app." The intent can only be to ride that familiarized nomenclature to greater profit, capitalizing on consumer confusion and misidentification along the way. "This iPad comes with the App Store, right?" "Yes." "This Kindle tablet comes with the appstore, right? "Yes." There's simply no reason Amazon needs to call their Android market an "appstore." What the company is trying to do is align itself with the public's awareness of and confidence in an app environment as defined and built up by Apple. In the business world, this kind of parallel branding is vehemently protested, and it's amazing that Apple's legal team has failed to summarily and comprehensively defend the company's claims. The final point I'd like to make in Apple's defense is the (seemingly pervasive) ignorance of the double entendre as a literary branding vehicle. The word "app" in "App Store" is used not only as an indicator of the product ("applications") but also as an indicator of the seller ("Apple"). When wordplay lines up so perfectly, it's a wonder that salvaging exclusivity can prove so difficult. However, in playing the devil's advocate, I can see two potential problems with Apple's trademark claim that could undermine the entirety of the aforesaid notions: The mark has yet to be approved, and Apple applied to trademark "App Store." Not "appstore," not "app store," but "App Store." I remember when submitting my own trademarks how massively complex and specific the claims had to be, necessitating details as minute as the very spacing and capitalization of letters in a word or term. It is a meticulous, complicated process, and Apple seems to have aimed a little too low in its anticipation of industry-wide coat-tailing. Still, the effect Apple has had on the technological and consumer electronics sectors with this particular branding is pretty clear. The unfortunate truth in all this is that the product in question -- the App Store -- has become so pervasive in the consciousness of society that we consider a phrase never uttered some four years ago to now be totally generic. 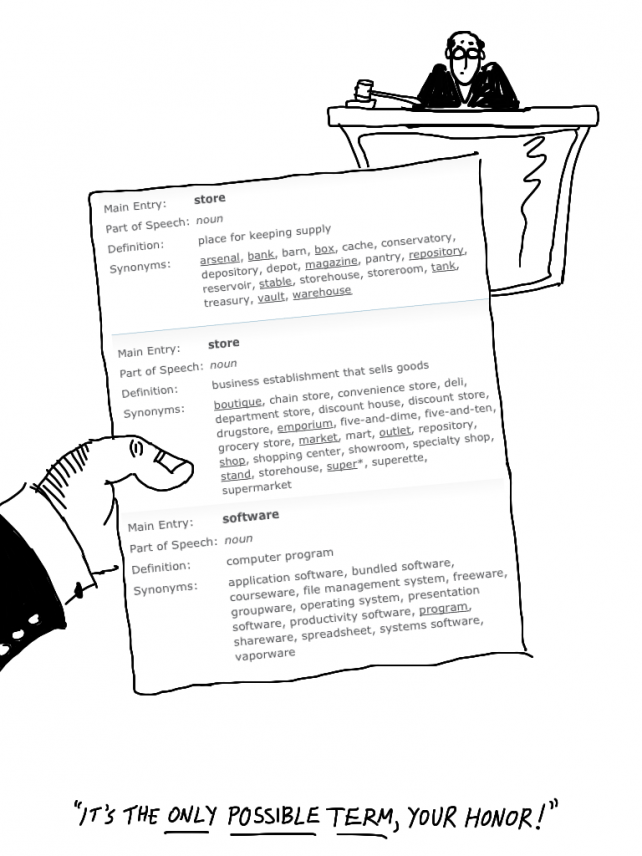 It reminds me of how, for ages, all inline skates -- regardless of manufacturer -- were called "rollerblades." Remember? And the last time you ate a frozen fruit novelty, what did you call it? I've eaten three popsicles this week, but I haven't had a Popsicle in ages... Apple's just trying to stop that from happening to its own IP. Maybe, like the MacBook Air, Cupertino's legal team needs a refresh, too. 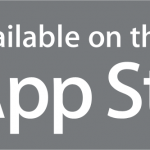 Credit Where Credit Is Due: Apple Created "Apps" And The "App Store"

Credit Where Credit Is Due: Apple Created "Apps" And The "App Store"
Nothing found :(
Try something else