You are using an outdated browser. Please upgrade your browser to improve your experience.
by Ammaar Reshi
June 23, 2011
GameFresh Daily is here to keep you up to date with the best games that hit the App Store in the last 24 hours. Tons of games get approved by Apple each day, so instead of digging through all the junk in the App Store, let GameFresh Daily be your source.

On A Tilt HD ($1.99, iPad Only): Is a unique puzzle game for the iPad. The aim of the game is to tilt your iPad in directions specified; this is not as easy as it sounds and getting a perfect score on a level is quite a challenge. The game includes two different game modes to keep you entertained for quite a while.

Hills of Glory: WWII ($0.99, iPhone Only): Is a World War II based casual game for your iPhone. The objective of the game is to pick your best soldiers and survive the endless hordes of Germans that come at you. The game also has great graphics and several special weapons that you can use to liven up the gameplay.

Circus City (Free, Universal App): You've set up your own hotel, hot-dog stand and even an airport; now it's time to create your very own circus. You can set up your own rides, install booths and even bring in circus acts like a juggling clown or lion tamers to not only increase your popularity but rise in the ranks to become the best circus in town.

Sonic & SEGA All-Stars Racing ($1.99, Universal App): Find all your favorite SEGA characters in one place with this new kart racing game. Play 25 challenging missions and then jump into three Grand Prix Cups to be crowned the ultimate racer.

Trenches: Generals ($0.99, iPad Only): Now rebuilt for your iPad. The game features an all new campaign mode, an upgrade system, split-screen multiplayer on the same device and more.

Lamebo VS. Zombies ($0.99, iPhone Only): Forget about Rambo, Lamebo is the new tough ... sheep in town. Take control of a very a violent sheep and blast away zombies in several challenging stages. The game features a large arsenal of weapons at your disposal, tougher, scarier zombies as you progress and more.

Ionocraft Racing HD ($3.99, iPad Only): Is a sci-fi based racing game for the iPad. The game features the ability to create and upgrade your own vehicle, 13 different unique tracks to be played and Game Center integration.

D.A.R.K ($0.99, iPhone Only): You play as the D.A.R.K. Squadron, Space's alternative for Marines; take on a massive single-player campaign mode and battle strange creatures as you upgrade your character and progress through tons of challenging levels in this sci-fi, action-RPG game.

Tiny Tower (Free, Universal App): Is a simulation game for your iDevice. The objective of the game is to build your very own tower and then manage the "bitizens" that inhabit it. The game also boasts great retro graphics, special events and Game Center integration.

BackStab ($6.99, Universal App): Is an action-adventure game which puts you in the shoes of Henry Blake, a man seeking revenge for all the injustice he has faced. The game boasts an in-depth story, an open world environment and fantastic graphics.

1-bit Ninja ($1.99, iPhone Only): Is a retro-style casual game for the iPhone. The objective of the game is to run and jump until you reach the end of the level, the game includes four worlds with 20 challenging levels and even has unlock-able camera modes (including red/cyan 3D) and a whole lot more.

Sunshine Cruise Lines (Free, Universal App): It's time to build your very own cruise ship and explore the world with this new simulation game. Customize your ship with over 40 different facilities, color schemes, crew members and more. Choose to take control of the ship or let your crew do the work and you can explore up to 50 different ports, play with friends via Facebook and a whole lot more.

Victory March Deluxe ($0.99, iPhone Only): Take on the Nazi's in this side-scrolling shooter game. You can play as either an American or Russian soldier and battle your way through hordes of different enemies while also making use of a large arsenal of weapons. The game also has Game Center and Retina display support.

Cars 2 ($0.99, iPhone Only): Play as Lightning McQueen, Mater or Holley, in Disney's new racing game. Based loosely on the film, players will be able to race around the world in several challenging levels and rack-up a highscore to be the best.

War Grimoire ($1.99, iPhone Only): Is a brand-new medieval tower defense game for the iPhone. Players will be able to take control of 60 upgradeable weapons, in 30 different environments while also being able to unlock and play mini-games.

Cave Dweller : Dy-No-Mite! ($0.99, iPhone Only): You've been put in the shoes of an unlucky miner who has to disarm all the bombs in the cave and exit safely. The game includes 23 challenging stages, great music,  the ability to create custom maps and more.

Up‽ ($1.99, iPhone Only): Is a challenging pick-up-and-play game for the iPhone. The object of the game is to keep the rotating arrow up for as long as possible. It's not as easy as it sounds as you will have to face random asteroids that cause the arrow to spin randomly. Looking for a challenge? Try this game out. 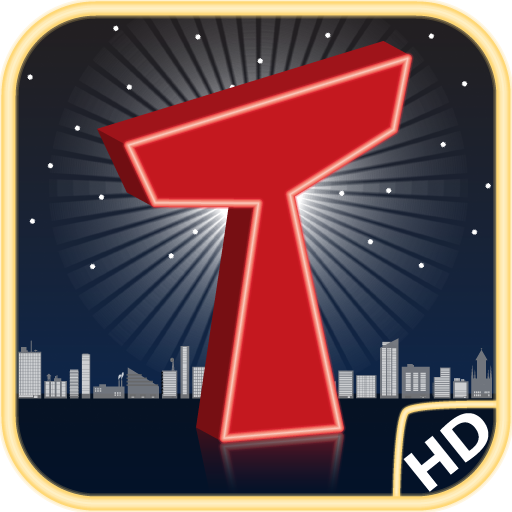 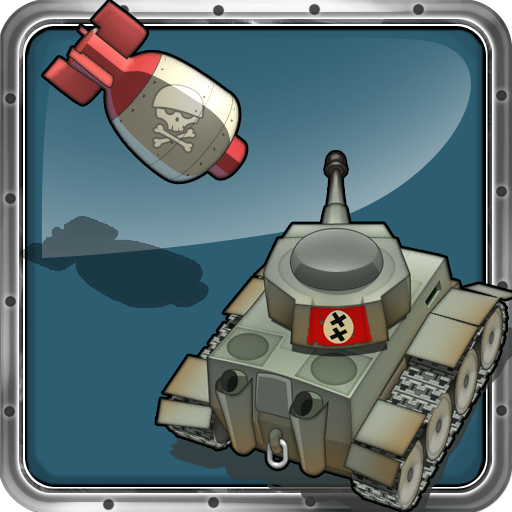 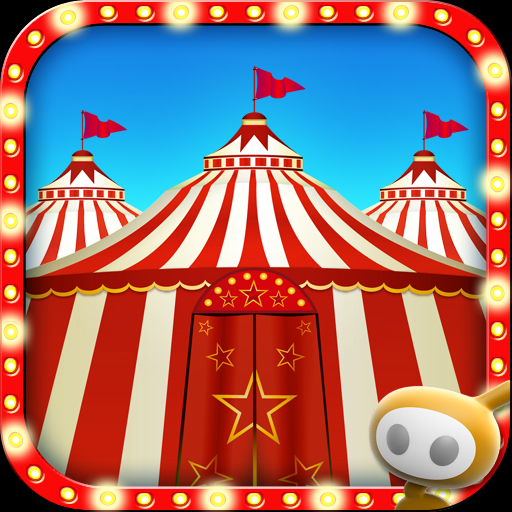 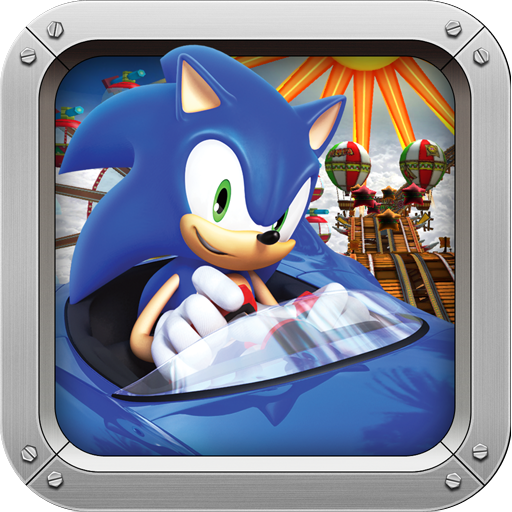 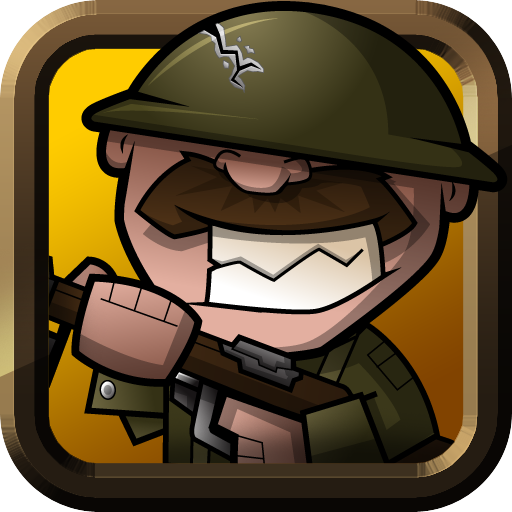 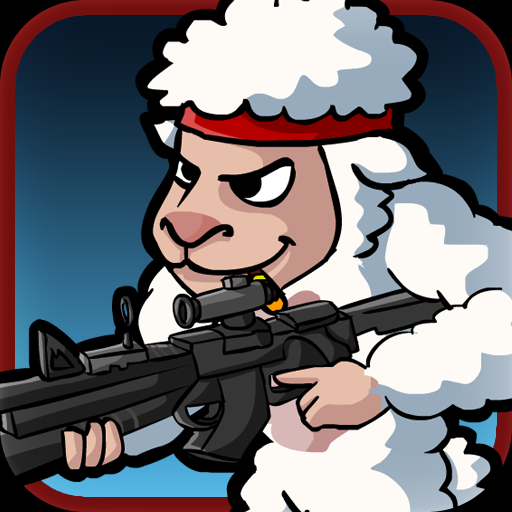 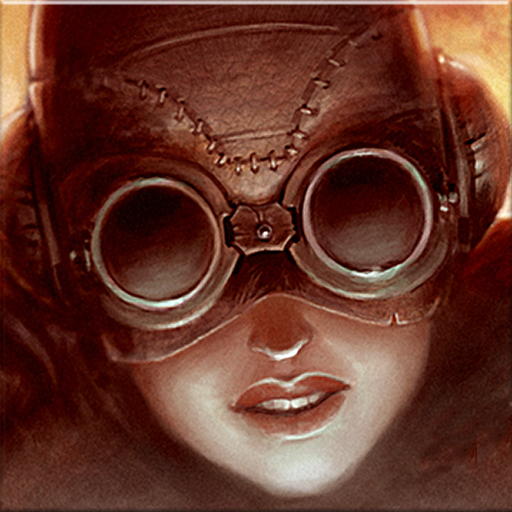 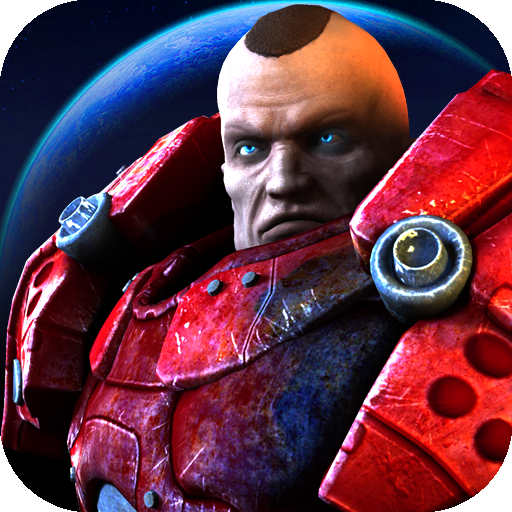 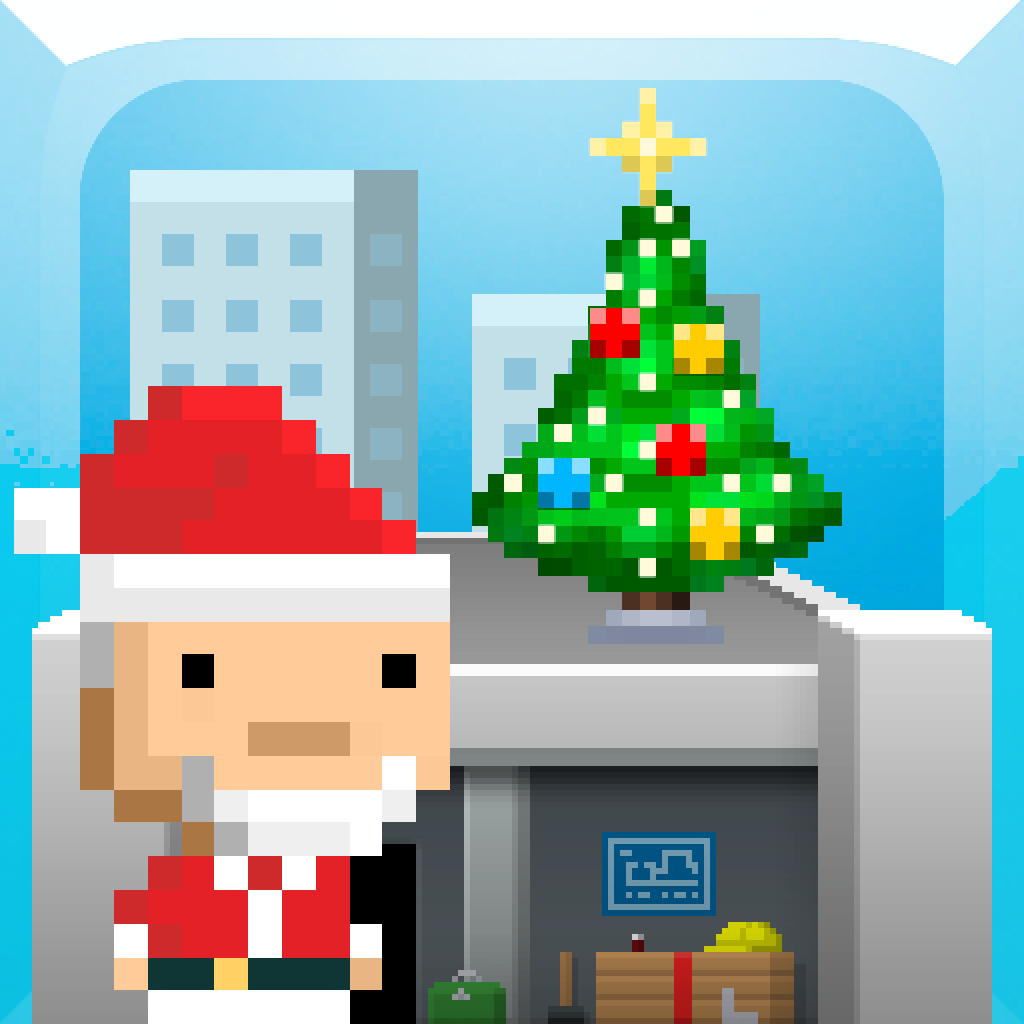 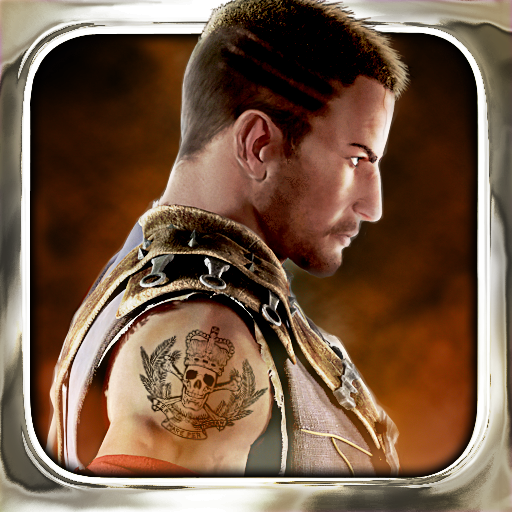 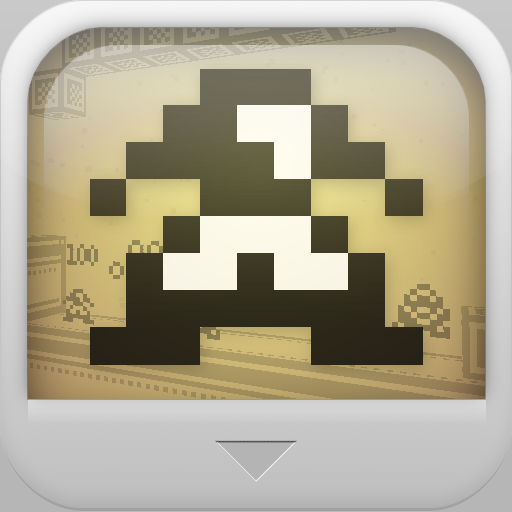 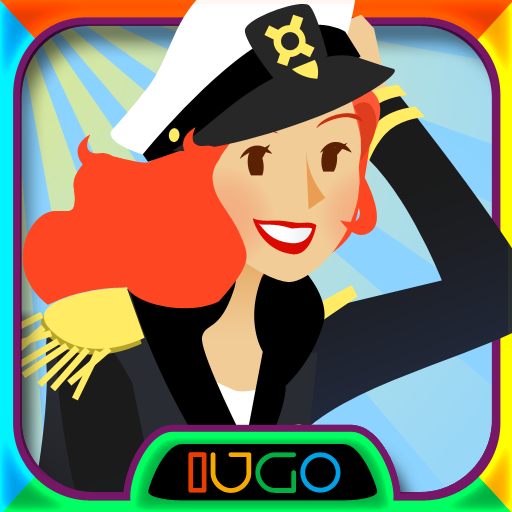 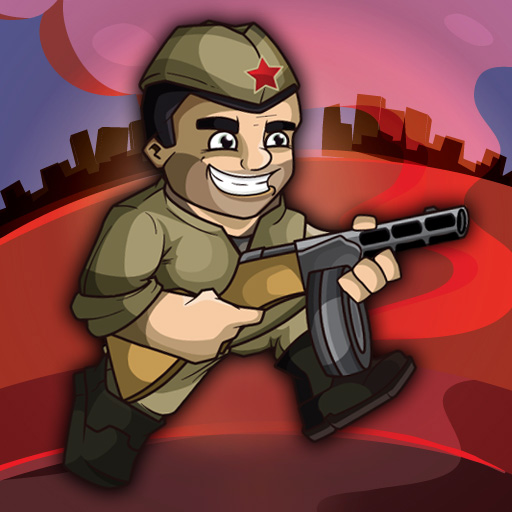 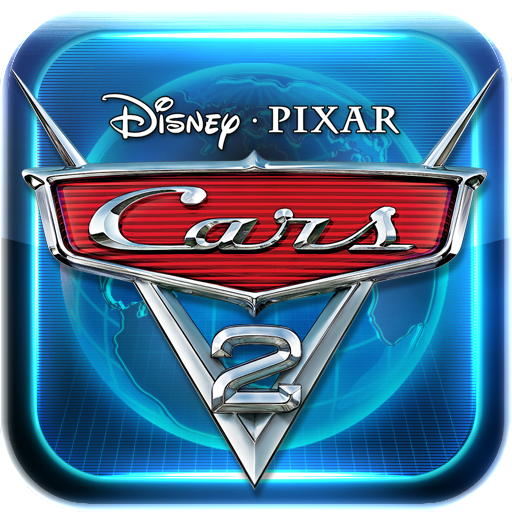 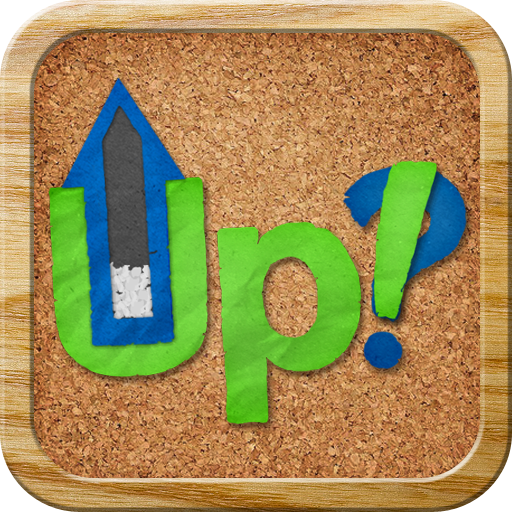 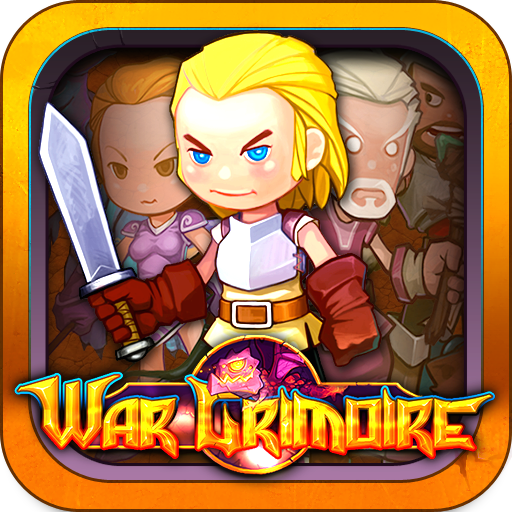 GameFresh Daily: Thursday Special
Nothing found :(
Try something else