You are using an outdated browser. Please upgrade your browser to improve your experience.
by Bryan M. Wolfe
June 29, 2011
Google has quietly released its new swiffy product that lets developers convert Flash SWF files to HTML5. For iPhone/iPod touch and iPad owners, this is yet another sign the days when some websites wouldn’t work via Mobile Safari are coming to an end. On Google’s own swiffy page, the tech giant confirms that one of its many uses is to “reuse Flash content on devices without a Flash player (such as iPhones and iPads.)” Take a look at these examples via Mobile Safari on your iPhone or iPad, to see how swiffy performs: Google Chrome Ad Symphony Orchestra ad Game example 1 Game example 2 Pretty neat, huh! When the iPad was announced in 2010, Apple’s CEO Steve Jobs made the point of announcing that the iDevice would not support Adobe’s Flash platform. Since then, many developers have moved quickly to eliminate Flash content from their websites, replacing it with HTML5 code, which does work on iDevices. Swiffy will make this process even faster. Google’s new product currently supports a subset of SWF 8 and ActionScript 2.0, and the output works in all Webkit browsers such as Chrome and Mobile Safari. For more information, visit the Google Swiffy F.A.Q. page. Thoughts? 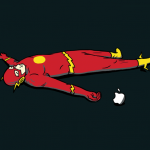 Google Now Helping Apple Kill Adobe Flash Once And For All

Google Now Helping Apple Kill Adobe Flash Once And For All
Nothing found :(
Try something else