You are using an outdated browser. Please upgrade your browser to improve your experience.
by Bryan M. Wolfe
June 14, 2011
Twelve months after its introduction, the iPhone 4 is now available from Apple in the U.S. in an unlocked version. To clarify what this means for customers (besides a higher initial price tag), we’ve compiled this handy FAQ sheet. Introduction Unlike other handsets on the market, the iPhone has been a rather restricted product in the one area that counts; where you can buy it. Even today, the iPhone is not available in key parts of the world. In fact, according to asymco, 100 million people across 10 countries in Europe alone cannot purchase Apple’s handset in their home country. These include citizens in the following nations: Albania, Armenia, Azerbaijan, Belarus, Bosnia, Georgia, Iceland, Kazakhstan, Serbia, and Ukraine. In addition, there are huge pockets in Asia, Africa, Latin America, and the Middle East where iPhone purchases are not possible. The entry of an unlocked iPhone in the U.S. will change this, as we will discuss below. What Is An Unlocked iPhone? An unlocked iPhone means anyone can feasibly sell and buy the handset since they aren’t tied to specific carriers and come without a contract. This means locations in the U.S. where tourism is huge will soon be inundated with vendors selling unlocked iPhones. These can then be used in any country where a GSM network is available. Naturally, this includes those locations mentioned above. What U.S. carriers will “support” this? Apple is only offering unlocked GSM handsets. In other words, the ones that would traditionally work on the AT&T network. Apple is not officially offering an unlocked CDMA iPhone, although Cricket recently started offering them, according to Tuaw. CDMA-based iPhones are those sold via Verizon. In the U.S., this means unlocked iPhones will work via AT&T and T-Mobile using service purchased on a month-to-month basis. Obviously, using an unlocked handset over the AT&T network will work exactly as it would with one supported by a contract. According to AT&T spokesman Seth Bloom, speaking to Tuaw:

You can, of course, buy an unlocked iPhone from Apple and use it on the AT&T network. If you do, there's no term commitment – and customers may choose any current voice and data plan. AT&T offers data plans starting as low as $15 per month for 250 MB of data. (You do still need to have both a voice and data plan.)

While an unlocked iPhone 4 will also work on T-Mobile, it comes with one huge limitation. Since the carrier does not support 3G, the unlocked iPhone will ONLY work on the slower EDGE network. This is something to keep in mind, especially for customers planning to use the handset primarily in the U.S. What about internationally? Internationally, unlocked iPhones aren’t a new thing. In fact, according to Apple, they already are available in Belgium, Czech Republic, Finland, Germany, Greece, Italy, Luxembourg, Russia, Slovakia, Turkey, Hong Kong, India, Indonesia, South Korea, Macau, Malaysia, New Zealand, Singapore, Taiwan, Thailand, Vietnam, Bahrain, Kuwait, Qatar, Saudi Arabia, United Arab Emirates, and South Africa. Plus, in the UK, according to TUAW, “it is the act of selling the phone with a SIM on the same order that tags the phone's unique identifier as 'locked,' but the phone itself is unlocked at the factory and then locked in the sales process).” Therefore, unlocked iPhones will work wherever unlocked phones are already allowed. The Dirty Little Details In addition to the T-Mobile limitation, potential unlocked iPhone users should also be aware of additional concerns. First, an unlocked iPhone requires a micro-SIM card obtained from a supported GSM wireless carrier. Unfortunately, in some parts of the world, buying a micro-SIM card requires a contract, or they are simply not available. In their place, instead of buying a micro-SIM, users may have to purchase the larger mini-SIM. In this case, you’ll need a SIM cutter in order to convert your full SIM card for use with an iPhone. In addition, many data plans (regardless of country) require a contract. In other words, pay-as-you-go plans aren’t always easy to find internationally. Finally, why do unlocked iPhones cost so much? With some U.S. retailers selling iPhone 4’s for less than $150, you might be wondering why unlocked models start at $649. This is the handset’s real price. Carriers love customers to sign up for long-term contracts. To do so, they subsidize the initial price of the phone and get that money back as part of your one- or two-year commitment. In summary Buying an unlocked iPhone could be a good choice, depending on your situation. However, it is important to check the facts and make sure you will benefit in the long-term by making such a purchase. Our advice is to visit a reputable dealer and ask them questions before making your purchase. Let us know if you have additional questions concerning unlocked iPhones. Use the comments below. Accordingly, we will update this page. 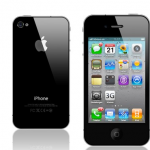 iPhone 4 Unlocked FAQ: Not All It’s Cracked Up To Be

iPhone 4 Unlocked FAQ: Not All It’s Cracked Up To Be
Nothing found :(
Try something else