You are using an outdated browser. Please upgrade your browser to improve your experience.
by Bryan M. Wolfe
June 20, 2011
If you believe a certain International Business News today, as well as many other sites quoting them, the next iPhone will be released September 7 along with iOS 5. They also suggest Apple will delay the launch of its new line of iPods until a later date. Traditionally released at WWDC, the next-generation iPhone (called iPhone 4S or iPhone 5) should be unveiled two days after U.S. Labor Day and will, obviously, include iOS 5 preinstalled. Still according to IBN, Apple will begin production of the new iDevice next month with sales beginning sometime in September. Yes, we also can't wait for the new iPhone. After all, it will have been 15 months since the iPhone 4 debuted in June 2010. However, it's pretty clear that nobody, and probably not even Apple knows right now when the next iOS and iPhone will launch. Apple has traditionally launched new iPods at a fall event that kicks off the holiday shopping season. This year however, they're expected to also launch a new version of the iPhone, along the already announced iOS 5. The precise date is unknown, but Apple has a tendency to wait until the very end of its self-defined deadlines, so don't keep your hopes too high. Certainly, don't believe anything anyone will tell you about it, especially the International Business News. As a reminder, we have a great iPhone 5 rumors roundup that we're keeping up to date for those interested in more details. Make sure to check it out. Thoughts? 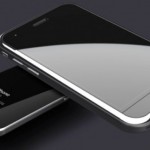 Is September 7th The Day For iPhone 5 &iOS 5?
Nothing found :(
Try something else