You are using an outdated browser. Please upgrade your browser to improve your experience.
by Christine Chan
June 6, 2011
Apple talked about the next installment of Mac OS X, Lion, today at the WWDC '11 keynote. Lion will be available in July through the Mac App Store. The entire OS will only be 4GB and you can buy it once and get it for all your personal Macs. The price is very friendly too, at a low cost of $29.99. So, what are the biggest changes in Mac OS X Lion? Launchpad 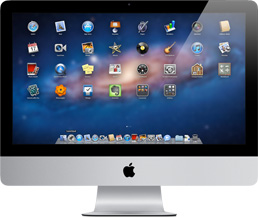 If you need proof that Mac OS X is being influenced by iOS, look no further than Launchpad. This will be the "home for your apps." Launching Launchpad will open up to full-screen "pages" (like on iOS) to accommodate the apps that you have purchased in the Mac App Store and those that are in your Applications folder. Mac App Store apps are automatically appear in Launchpad. Navigating through each page in Launchpad can be done with gesture navigation. You can organize your apps with folders and rearrange the apps in an order you like, just like on iOS. Deleting apps is done in the same manner. If you're a Dock person, you can drag them to the Dock for easy access. Mission Control 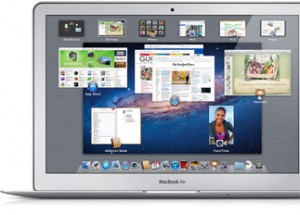 Users of previous versions of OS X will know of Dashboard, Exposé and Spaces. Now Apple is combining all of these into a Lion feature called Mission Control. Mission Control will allow you to see everything at once. All your open windows, full-screen apps, spaces, and Dashboard, all together. Exposé will group windows of the same application. Hovering over a group and swiping will expand all the windows, allowing users to choose which window they want to bring forward. Spaces can be added or removed from Mission Control via the controls. Applications can be bound to a space you choose. And now you can assign each desktop space a different wallpaper image. Full-Screen Apps 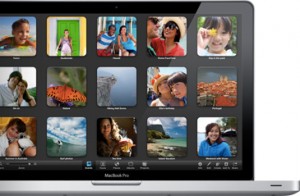 Systemwide support will be added for viewing apps in full-screen mode. Navigation can also be done by gesture support. Menu bars are hidden by default, but you can easily access them again by moving the cursor to the top of the screen. The Dashboard now acts like a full-screen app as well, and will be on the left of your desktop, so it's always just a swipe away. Mac App Store 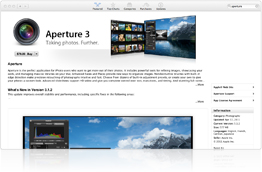 OS X Lion will include the Mac App Store built-in. This version of the Mac App Store will include support for in-app purchases, so that developers are able to provide additional content for apps through in-app purchase, just like on iOS. The app updates are improved as well, which now makes use of bandwidth by only delivering data that is different from the previous version of an app. Push notifications will be utilized when an application is not running. These will be run through the Apple Push Notification service for delivering alerts to users. With the announcement of the free iCloud service today, users will be pleased to know that the iCloud works with Mac App Store apps as well. It seems that the Mac App Store will be getting a nice update in Lion to make it much more efficient at being your one-stop for Mac apps. Safari 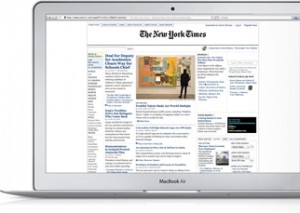 Safari will have a new feature called Reading List. This will allow you to save articles for reading later, much like the third-party apps Instapaper and Read It Later. Your own reading list will be able to sync with mobile Safari on your iPhone or iPad, allowing you to take your reading list anywhere. Airdrop

Airdrop is the new way to send files wirelessly to anyone around you. There is no additional setup or configuration, so anyone can use it. No WiFi? No problem! AirDrop can work even without a wireless network by creating a peer-to-peer WiFi network with other Mac computers. AirDrop has automatic discovery so that your computer will always be able to detect other nearby computers that use AirDrop. They appear in the Finder, and even show users' contact photos. Sharing files between computers with AirDrop is extremely simple. It uses the drag-and-drop method that everyone using OS X is already familiar with. When a file is dropped into someone else's computer, it will show up as a request. The file will download in the Downloads folder like any other download. Security is always an issue, but AirDrop encrypts files with TLS to ensure that it's a secure transfer. Visibility is also something that many people may have an issue with, right? The visibility of your Mac on AirDrop is hidden when you click outside of AirDrop or close the Finder. AirDrop also supports Apple IDs for identity verification. Mail 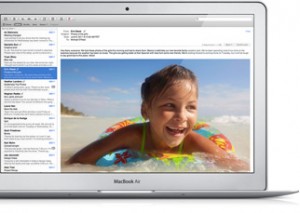 Some of the biggest changes in Lion are within Apple's own apps. The one that is probably used the most is the Mail app, and it has a big influx of changes. The biggest change is probably the new Widescreen layout. This will arrange your message list and open mail side-by-side in full-height columns. Now you can see more messages all the time. There is now a full-screen experience as well, which helps you read and send mail without distractions. If you are composing a new message, Mail will dim the inbox and give you a full-height compose window so you can focus on your mail and nothing else. There is now a Favorites bar, which will give users one-click access to your mail folders. Messages are also previewed in the message list to include the first two lines (customizable up to five lines) of the email, and also display contact photos from the Address Book. Along with these main changes to mail, Apple has made it more efficient by having a redesigned message header, conversation views, ability to hide distracting quoted text, better search and even the ability to search through attachments. Inline controls make it easier to reply, forward, or delete a message. There is also  new formatting bar for composing emails, custom labels, one-click archive, Exchange 2010 support with Exchange vacation notice. Auto-Save

Ever have those moments where you are working on something important, then something happens to your computer and you lose all that precious work? Why can't the computer help you with those situations? Now it can, because Lion automatically saves your work in the background. Of course, this Auto-Save feature will only work with apps that are developed with Auto Save. However, when they are, there are many other benefits than just being saved in the background while you work. Auto Save will apply changes directly, so that there is only one copy of the document on the Mac. Changes can be undone, and you can even choose Revert, which reverts the document to the state it was in when you opened the file. Document duplication will create a copy and place it next to the original document, so you can compare or use the original as a template. The Lock feature of Auto Save will lock a document so that no further changes can be made to it. Files will be automatically locked if two weeks pass after the last edit. It can be unlocked if you want to make a change, or the entire thing can be duplicated. Photo Booth 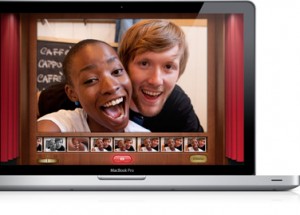 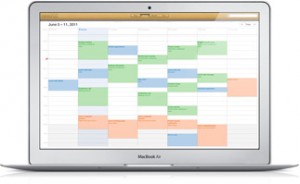 Lion will include new versions of our old favorites, like iCal, Address Book, iChat, and more. They also have plenty of OS improvements and new features - in fact, they claim that there are over 250 new features that can be found in Mac OS X Lion. These were just some of the biggest highlights that could entice users to upgrade or switch. For more information on all of Lion's features, check out Apple's own page here. Look for it next month in the Mac App Store for $29.99. [gallery link="file" columns="4"]

Mac OS X Lion - All You Need To Know

Mac OS X Lion - All You Need To Know
Nothing found :(
Try something else