You are using an outdated browser. Please upgrade your browser to improve your experience.
by Bryan M. Wolfe
June 14, 2011
German-based Garmin has purchased Navigon, according to news first reported by The Loop. The deal will combine two of the world’s largest providers of GPS software. Currently a private company, Navigon and its assets will become a subsidiary of Switzerland-based Garmin. Navigon has a number of GPS apps currently in the App Store under its MobileNavigator line for both the iPhone/iPod touch and iPad. Garmin, on the other hand, has a much smaller presence and currently offers no iPad apps. According to Garmin president and COO Cliff Pemble, Navigon will complement Garmin’s business mainly because of its strength in Europe. He states:

“With Navigon, we are also acquiring one of the top-selling navigation applications for the iPhone and Android platforms – something that we expect will help drive revenue for the combined company going forward.” 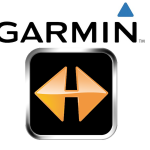