You are using an outdated browser. Please upgrade your browser to improve your experience.
by A.T. Faust III
June 16, 2011
Facebook is leaking up a storm, and its recent flow is feeding the relentless rumor mill like nobody's business. Hot on the heels of his photography app special, TechCrunch's MG Siegler has another bit of industry gossip regarding the social specialist and its future plans. And those plans are huge. Codenamed "Project Spartan," Facebook's latest gambit is to play halo to Apple's massive iCloud. As Siegler already mentioned, Facebook is indeed accelerating its reliance on HTML5 for content creation and delivery across Apple's iDevice lineup:

It’s entirely HTML5-based and the aim is to reach some 100 million users in a key place: mobile. More specifically, the initial target is both surprising and awesome: mobile Safari. ...Why? Because it’s the one area of the device that Facebook will be able to control (or mostly control).

use Apple's own devices against them to break the stranglehold they have on mobile app distribution. With nearly 700 million users, Facebook is certainly in the position to challenge the almighty App Store distribution mechanism. But they need to be able to do so on Apple’s devices which make up a key chunk of the market.

Some 80 independent and contracted developers are said to be involved in the project, which sources indicate could be launching as early as July with apps spanning the gamut of content types and interactivity models. So far, the developers have been at work for a few months; and, because the unveiling might come with limited app choices and in-built functionality, many are regarding the initial offering to be more of an ecosystem demo than a fully-vested App Store rival. However, rivaling iTunes (as well as other app store models on different platforms) is a large part of Project Spartan's ultimate aim. Siegler summarizes the vision of the process thus:

Imagine loading up the mobile web version of Facebook and finding a drop-down for a new type of app. Clicking on one of the apps loads it (from whatever server it’s on depending on the app-maker), and immediately a Facebook wrapper is brought in to surround the app. This wrapper will give the app some basic Facebook functionality, as well as the ability to use key Facebook elements — like Credits.

Many commenters and critics argue that Siegler's shared impressions are unnecessarily adversarial, opining that Facebook isn't trying to "take on Apple" with its apparent web-based distribution model, but I find myself more or less in agreement with the man. Heck, even the project's name is an indication of Facebook's offensive strategy. Remember King Leonidas and his 300 Spartans fighting madly in the Battle of Thermopylae? I think Facebook's approach echoes that "underdog" sentiment fairly well. Of course... This is Apple! And there will be hurdles. As I said about the Financial Times' recent browser-based effort, HTML5 just isn't comparable to a full, dedicated app experience on iOS. Even expertly-made web apps won't have the polished feel or presentation of their Objective-C counterparts, and Facebook can't be naive enough to think the average user won't notice or care. That said, provided its stable is filled with mostly exclusive titles, Facebook could definitely have a financial winner here. If the company just wants a piece of a smaller and as-yet-unexploited mobile market, Apple's platform is certainly the best place to start. However, if Facebook's betting on actually taking a chunk out of Apple's App Store revenue, Project Spartan is doomed to failure. After all, Cupertino's a long way from Greece... My guess is Facebook won't even get half way there. 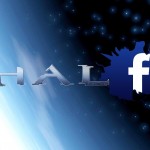 Project Spartan Is Facebook's HTML-Based Answer To iCloud And App Store
Nothing found :(
Try something else