You are using an outdated browser. Please upgrade your browser to improve your experience.
by Kathryn Zane
June 27, 2011
For any dedicated readers out there, I apologize for my absence. I know there are visions of me lounging around on the beach, lying on some beach chair at the pool while all of you suffer at your desks. I might have even been sitting around at Disneyland, watching the fireworks go off at night. Actually, the reality of my "vacation" was a reserved place for my head against the toilet seat while I laid on the bathroom floor and pondered the superiority of viruses and bacteria in contrast to the human species. The only fireworks I saw were the ones that went off in front of my eyes when the nurses medicated the bajeebies out of me. In retrospect, the meds were kinda fun, but now that I'm better, I'm back to work. And so. . . The last time I checked, the fun of a drinking game was, well, the drinking. I thought the whole point was to, in one way or another, get completely smashed. I'm probably wrong. I just don't know why else a game of beer-filled cups and ping-pong balls would exist. Nor do I understand why it has become so competitive that a set of official rules has been set forth by the  WSOBP (that would be the World Series Of Beer Pong. You learn something new everyday.). Therefore, when I came across a beer pong app, the rusty gears in my head came to a halt while I tried to wrap my mind around the fact that there is no drinking involved. There are pingpong balls, albeit virtual ones, and there is beer, but again, they're virtual beverages. Yet, there's something missing. Could it be the sway of buzzed opponents when you've played three games straight? Is the lack of ambient belching in the background while some downed comrade tries to sleep off his over indulgence off-setting the mood? I really have no idea. I just know it seems weird to not actually play with beer. In real life. Perhaps its a training mechanism for serious beer pong athletes (I can't believe I just referred to them as "athletes") to train while their blood system purifies from last week's competition. They can work on their coordination without having to suffer from alcohol intake. This would be great if training needs to stretch out for a few hours. Beer Pong also simulates the swaying that happens when you've missed a cup one too many times. I was hoping that if I went the entire game without sinking a sigle shot, then I could throw up or something. Maybe my vision could get blurry and green. Nothing besides the swaying though. Actually, the panning shots in the beginning of the app made me feel more sick to my stomach than the in-game swaying. Maybe it's just my stomach still bouncing back. Beer Pong not only has single player options, but you can play against others online. You can join other rooms that are hosting games, or you can create your own game. Players can also do what they call the "pass-and-play." Two people, one iDevice. It's fun. It really is. There's a gauge that tells you through color the likelihood that your ball will land in a cup. Pretty cool. Also, it's pretty accurate. It does get harder the more you miss, thanks to the swaying. So, it's rather close to real life. Best of all, it's free. So, there's nothing to lose by just giving it a try. Get Beer Pong now at iTunes! 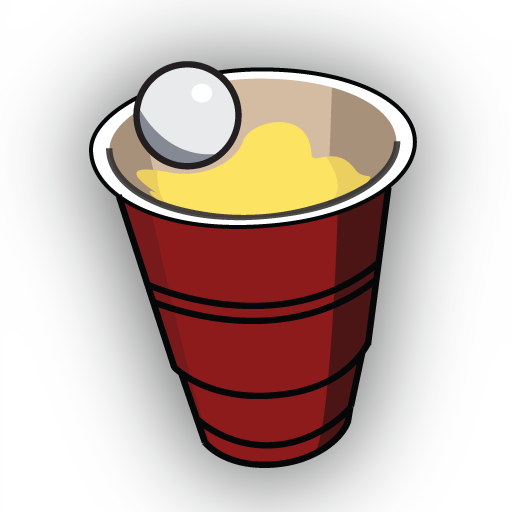 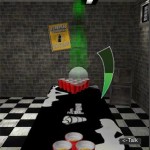 Quirky App Of The Day: Beer Pong
Nothing found :(
Try something else