You are using an outdated browser. Please upgrade your browser to improve your experience.
by Bryan M. Wolfe
June 28, 2011
We’ve heard a lot about Apple’s evolving iCloud project and expect to hear much more as the service goes online in the next few months. However, as much as Apple might want us to believe its future is “in the clouds” it really isn’t. In fact, Apple is counting on it. Here’s Apple’s dirty little iCloud secret: Apple’s service is all about keeping its customers grounded. Apple recognizes we are in living in a time when Internet costs are rising and unlimited data plans are becoming a thing of the past. Therefore, it has created a system that it believes is a win-win for everyone. For customers, this means having the ability to download music from "the cloud" anytime they want. However, since iCloud is not a streaming service, it won't costs customers much in the long-run, in terms of data costs. For Apple, this means its customers remain committed to the company's hardware, where profit margins are better. Compare this to services recently brought online by Google and Amazon. Sure you can use each to stream your music from anywhere. However, these are data hogs. First, you have to upload your music to each company's servers. Next, you need to stream the songs over a live Internet connection.  This concept could prove costly for consumers. As The Wall Street Journal suggests, “Apple is effectively making a bet on the falling cost of flash memory, while the Google and Amazon efforts expose consumers to the rising cost of Internet bandwidth.” For example, consider this:

Apple charges $100 more for an iPad or an iPhone with 32 gigabytes of storage than for one with 16 gigabytes. But that extra 16 GB of NAND flash likely costs Apple around $15. Gartner's research director for NAND flash and solid state drives, Joe Unsworth, estimates Apple pays about 90 cents for a gigabyte of NAND.

Bandwidth costs, however, are likely to go up, at least in wireless where capacity is scarce. And while consumers can use Wi-Fi networks to avoid cellular bandwidth charges, streaming via Wi-Fi may eventually come at a cost, too. Landline-based broadband operators will likely eventually introduce usage-based pricing.

So, the next time Steve Jobs mentions the virtues of his company’s new “cloud-based” system, take a look at your iPhone or iPad. This is where Apple's real future lies, firmly planted on the ground. What do you think? Leave your comments below. 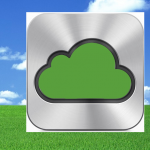 Updated: Here's The Real Reason Apple Is Offering iCloud
Nothing found :(
Try something else