You are using an outdated browser. Please upgrade your browser to improve your experience.
by Bryan M. Wolfe
June 13, 2011
A large number of this year’s WWDC attendees also develop Android apps, but very few also create applications for the Mac. These findings come from Piper Jaffray’s WWDC Developer Survey Summary, which was first published by Apple Insider. In a poll of 45 developers who attended WWDC in San Francisco, California, 47 percent also create Android apps. Plus, 36 percent indicated they create applications for BlackBerry. Just 7 percent support Windows Phone 7. Nearly 36 percent of attendees surveyed developed iOS apps exclusively. Not surprisingly, most developers feel Apple’s OS has the highest potential for future growth (51 percent) versus 40 percent who said growth would come from Android. These opinions go against the current business market. In 2010, shipments of devices using Google’s Android platform surpassed that of Apple’s iOS for the first time. Of those developers that write both iOS and Android-based apps, nearly two-thirds believe Android’s growth potential is higher than that of iOS. Finally, just 7 percent of those surveyed also write Mac programs. However, as Apple Insider contends:

That's a major change from 4 years ago, when native applications didn't even exist on the iPhone platform, and WWDC was a show represented by 100 percent Mac developers.

While the results of this survey are interesting, they don’t necessarily reflect the opinions of WWDC attendees as a whole. Over 5,200 developers were in attendance at this year’s event, versus 45 that took part in the survey. Therefore, this survey could mean absolutely...nothing. In fact, with such a low response rate, it's a wonder why the survey results were released at all! What do you think? Leave your comments below. 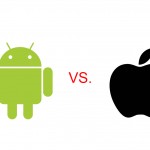 A (Very Small) WWDC Snapshot Suggests Movement Of Developers To Android, Or Does It?

A (Very Small) WWDC Snapshot Suggests Movement Of Developers To Android, Or Does It?
Nothing found :(
Try something else