You are using an outdated browser. Please upgrade your browser to improve your experience.
by Bryan M. Wolfe
July 24, 2011
Apple is beginning to increase staffing at its U.S. Retail Stores. This follows reports that the same is occurring in the U.K. as well. Is this to prepare for the long-awaited iPhone 5 launch? In news first reported by MacRumors, it looks like Apple is making sure it has plenty of staff onhand at its stores, beginning August 15. Accordingly:

We've now learned that at least some U.S. Apple Retail stores are also recruiting former employees to return as part time employees for Holidays, new Product Launches and Back to School time. A former employee received emails asking to return between August 15 and September 15th.

Of course, retailers begin hiring new or former employees ahead of the traditionally busy holiday season. However, gearing up in August sounds a little bit early, don’t you think? Our best bet is that Apple is preparing for the back to school rush. However, it is probably also gearing up for the almost certain arrival of the next-generation iPhone. What do you think? Leave your comments below. 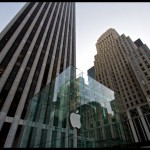 Apple Retail Stores Readying For Something, Perhaps The iPhone 5?

Apple Retail Stores Readying For Something, Perhaps The iPhone 5?
Nothing found :(
Try something else