You are using an outdated browser. Please upgrade your browser to improve your experience.
July 1, 2011 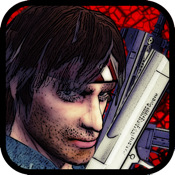 Dead Raid (Universal $0.99) by RingoGames is an area defense game for iPhone and iPad which utilizes the built in three axis gyroscope which brings new challenges to iOS. 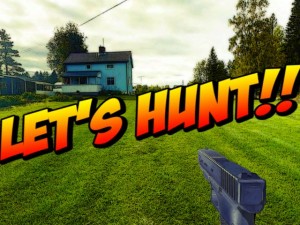 In Dead Raid you have only yourself to fight off a continuous stream of zombies that are all trying to kill you.  You get gun upgrades that assist in your goal of surviving that can be unlocked by killing zombies, killing zombies also unlocks new scenery and music for the game. You also have to manage your ammunition, which is purchased with points. You get points by killing zombies, you get the most points for headshots (and an instant kill), and less points for killing them without a headshot. The aiming involves using the crosshairs on the screen or get 100% accuracy while looking down the sight. The other button on the interface is “Cruel Time” which slows down the zombies which makes it much easier to shoot them. I wouldn’t really suggest you pick up this game; the controls without the gyroscope are very slow, almost forcing you to use it. The unlocking of new guns takes forever, an example being the first new gun is at 125 kills and the final being at 10,450 kills. The hit boxes seem slightly off to get a headshot you have to shoot them through the top of the head or even a bit above it. Final complaint is when the zombies finally get to your person (did I mention you cannot move?) they start doing an attack which makes there head move quick left to right making it almost impossible to kill them effectively. 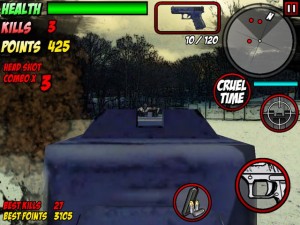 In conclusion I wouldn’t suggest this game until they add proper support for using a virtual joystick so you don’t have to use the gyroscope, make it so you can move around the scenery, and possibly reduce the upgrade costs on the guns. Besides for that I think it’s a solid game and the graphics are good.[gallery] 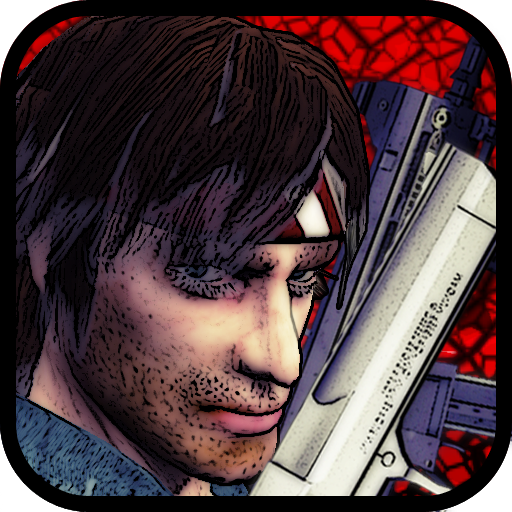 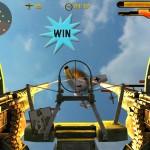 Win A Turret Commander Promo Code And Be The Hero Of The Unfriendly Skies
Nothing found :(
Try something else