You are using an outdated browser. Please upgrade your browser to improve your experience.
by A.T. Faust III
July 14, 2011
As many of our readers already know, iTunes' familiar pricing model has just undergone a bit of global adjustment. For better or for worse (and for now), iDevice owners in affected regions will need to alter their outlooks and their spending habits to match the change. Specifically, prices around the world have been reset to more realistically reflect the strength of the United States dollar, and these in countries where prices were most divergent from the US' $0.99 standard. In fact, this imbalance has been a debated issue for some time, and MacStories predicted such an overhaul when iTunes Connect went down for scheduled maintenance earlier today. The chart below outlines the (now fixed) issue:

Going forward, base-level apps cost the following (shown with previous prices in parentheses): Naturally, this news will affect iTunes customers differently. Some will be happy, some will be sad. Some might even be mad! Our own Joe White must be sporting a frown in the early-morning British fog, while News Director Alexander's probably cackling mad where the sun crests the Swiss Alps. I just wonder how often Apple intends making these changes. Where are you and how do you feel? [Lead image: www.lepus.com] 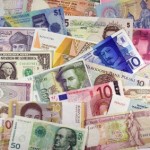 iTunes Changes Some Countries' Prices, Balances Out Global Disparity
Nothing found :(
Try something else