You are using an outdated browser. Please upgrade your browser to improve your experience.
by Bryan M. Wolfe
July 5, 2011
Netflix, the leading Internet movie subscription service, is expanding to 43 countries throughout Latin America and the Caribbean later this year, according to a company press release. The service will offer unlimited TV shows and movies streamed instantly over the Internet to TVs, computers, and mobile devices for one monthly subscription price. Already available in the U.S. and Canada, Netflix currently has 23 million subscribers. When it debuts elsewhere this year, users in Mexico, Central America, South America, and the Caribbean will be able to access the service in Spanish, Portuguese, or English, depending on their preference. While international prices have yet to be announced, current subscribers pay $7.99 per month for unlimited streaming access. This includes unlimited streaming on the universal Netflix app, which should carryover to customers in the new countries as well. What do you think? Leave your comments below. 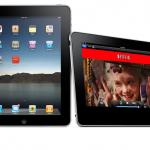 Netflix Expanding To 43 Countries Across Globe

Netflix Expanding To 43 Countries Across Globe
Nothing found :(
Try something else