You are using an outdated browser. Please upgrade your browser to improve your experience.
by Bryan M. Wolfe
July 13, 2011
Those sounds you’re hearing are millions of Netflix customers going online to cancel their service. This comes after the online giant announced plans to decouple its DVD by mail and streaming video plans, and making them more expensive. According to Netflix, these changes are actually for the benefit of its customers (surprise, surprise), because they are now offering their “lowest prices ever for unlimited DVDs.” While this is technically correct, Netflix is doing so without letting people also stream content at the same or slightly higher price. For example, before this week’s announcement, customers could pay $7.99 for unlimited streaming and for $2 more get 1 DVD out by mail. Now, that same plan will set you back $15.98 per month, or $17.98 if you want a Blu-ray disk. In addition, having two DVDs out at one time (with no streaming) will now set you back $10. They state:

Given the long life we think DVDs by mail will have, treating DVDs as a $2 add on to our unlimited streaming plan neither makes great financial sense nor satisfies people who just want DVDs.

The new plans, which begin immediately for new customers and for all others in September, will likely force many to choose between DVDs or streaming, but not both. As a long-time Netflix customer, I’m quite annoyed by these new prices. Currently, I pay $9.99 per month, which gives me unlimited streaming and 1 DVD. This plan has suited me since I like the ability to rent recently released DVDs, but at the same time, enjoy being able to stream movies and TV shows. This works especially well given that my four year-old likes to stream content using the Netflix app on my iPad. However, I’m not sure paying an additional $6 is worth it. I really don’t rent more than two or three movies per month. In fact, most of my viewing is done through streaming. Most likely, I will forgo Netflix’s DVD business and instead stream new releases through Vudu.com directly from my television. Of course, everyone has a different situation. What are your thoughts? Do you like or hate Netflix’s new pricing schedule? Leave your comments below. 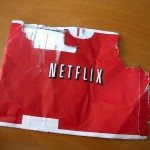 Netflix's Makes Its Video Content More Expensive
Nothing found :(
Try something else