You are using an outdated browser. Please upgrade your browser to improve your experience.
by Luke Patrick
July 27, 2011

AirVox - Gesture Controlled Music ($2.99) by Yonac Inc. offers a unique approach to synthesized music on the iOS platform. The app’s camera-based motion gimmick makes melody creation entertaining and inventive. It may not always be a smooth process, but at the end of the day, AirVox is simply too creative to be missed. 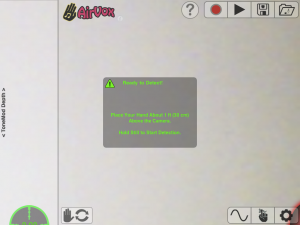 We’ve looked at a couple of synthesizer apps lately, but AirVox’s approach to music creation is entirely unique. Instead of giving you an on-screen keyboard to use, the app lets your hands do the work.

By waving your digits over your iDevice’s camera, you can control the tone, pitch, and effects of your music. It’s like conducting an orchestra, only the pit is located inside the screen, and your directing is more than just flashy showmanship.

Not only that, but AirVox comes with a surprising amount of depth. With 48 built-in presets, 50 music scales (including the ability to change the root note and octave ranges) and a complete, dual oscillator sound engine, AirVox really is more than just a pretty face.

The app’s interface is also surprisingly simple. By waving your right hand about, you can control the notes themselves, while the left hand masters the various effects and tonal properties. The included tweak knobs make editing waveforms and effects a cinch as well. 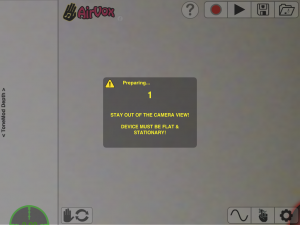 All in all, it’s an interesting concept that creates a unique instrument for the iPhone and iPad, more than a virtual synthesizer. To create precise melodies, you really will have to learn to “play” AirVox, which may be a bit of a drag for those used to a traditional synth experience. For those without any previous musical ability, its design will come as a boon.

For all its available complexity, though, AirVox is still too picky. The motion controls generally work well, and calibration itself could not be easier (lay your iDevice on a flat surface, and the app does the rest), but I couldn’t quite get used to the gesture dynamic.

Consistently producing the note I wanted, much less an entire melody, was difficult at best, and though the developers encourage you to use optimal conditions, it’s still hit or miss. I particularly found the left hand controls difficult to master, as the divide between note and effect was often too small to avoid overlap. I’d swipe to change the volume, only to accidentally play a tone instead.

However, AirVox has done its best to come integrated with social networking, which makes sharing your sounds a breeze. User can export their tunes via Wi-Fi, SoundCloud, Facebook, or email with no hassles.

At the end of the day, AirVox isn’t quite ready for professional use as a music production powerhouse on iOS. The app’s controls are innovative, but the experience just isn’t solid enough yet to make consistent, quality melodies a reality. That being said, the app is still a blast, and will please any casual music fan to the umpteenth degree. 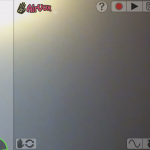 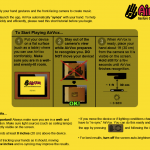 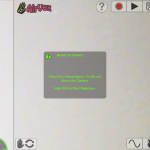 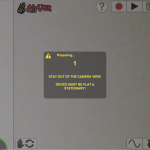 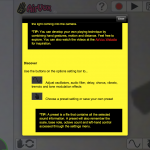 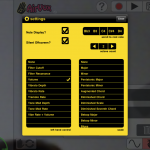 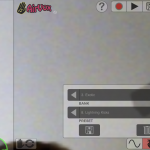 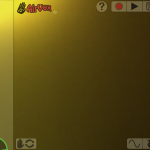 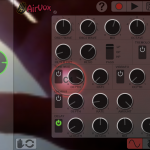 AirVox Provides A Hands-On Way To Make Synth Music
Nothing found :(
Try something else