You are using an outdated browser. Please upgrade your browser to improve your experience.
by Juli Clover
July 19, 2011

Ant Raid ($2.99) by Prank Ltd. is a variation of a castle defense strategy game with action and adventure elements, designed for the iPad.

Normally, when we see ants, our first reaction is to squish them, swat them, stomp them, reach for the bug spray, or otherwise destroy them in a myriad of ways.

You’ll have to forget all your instincts in Ant Raid though, since your goal is to save the ants, not annihilate them. Don’t worry, these ants aren’t your garden variety creepy-crawlies. They’re smart, they’re organized, and most importantly, they’re cute and almost cuddly.

The area surrounding the ant colony has been sprayed with chemicals, turning all of the once friendly and lovable bees, snails, and other bugs into mutated, ant-chomping monsters. You need to help the ants by becoming their strategic commander, ordering them into bug-crushing formations and turning the once-peaceful colony into powerful army. 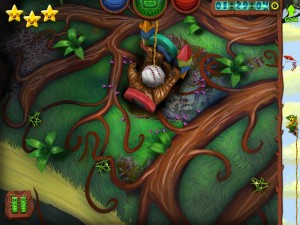 When the game starts, your first mission will be to defend the boot where the ants live from angry, mutated bees. Attacking them is done by holding your finger over a group of ants to select them. The longer you hold your finger over the ants, the larger a group you’ll gather. Once your ant army is ready, send them over to attack a bee with a tap. The ants will hop on the bee and within seconds, it’ll be nothing more than goo.

That’s the general principle for most levels, though the enemies will vary and have different abilities. For example, snails will temporarily stun ants and you’ll have to use other ants to heal them, and worms will charge the base in a rage once touched. Every enemy will likely result in a few ant deaths, but their fellow ants can resurrect them.

During some levels, there won’t be ants to control. Instead, you will use your god-like finger powers to tap bugs and destroy them, a task that resembles head-bopping games like Whac-A-Mole. If you miss a bug, however, it’ll set off an ant-squishing earthquake. There are also levels devoted to gathering needles for a flagpole as fast as possible, where you’ll need to assign ants carefully to get all the pieces in time.

Each mission will have a goal that you must reach to get the maximum number of stars, which is three. Typically, the goal is not to let any wayward bugs attack the base you’re defending, but it varies from mission to mission and can also include tasks like not creating earthquakes or finishing a level quickly.

There are two other spell like abilities besides the god-finger (green ability). Strength-enhancing berserk (red ability) will give your ants extra finesse, and invincibility (blue ability) will make them immune to effects like stun. Each of these powers can be cast when their bars are filled by killing bugs of the respective colors.

Ant Raid features full Game Center support, with worldwide leaderboards and plenty of achievements to earn. There are a total of 60 story levels and 40 challenge levels to complete, and in addition, there are also four dynamic survival modes to play when you finish the game. 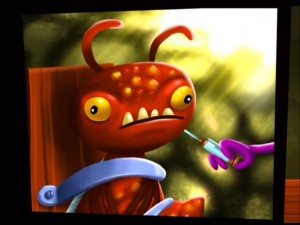 Ant Raid is a refreshing variation of a castle defense game. The storyline is unconventional, and the gameplay is different enough to feel fresh. While the controls can be spotty because of targeting issues, it’s still a lot of fun to play because levels are short and easy to replay, unlike most defense games.

It would be nice to be able to form pre-organized groups that could be selected with a tap (such as hotkeys on the screen), rather than having to grab groups individually every single time, which is where errors can be made.

Once a group of ants has been assigned to attack a mutant bug, there’s no recalling them. So if you’ve accidentally sent too many ants to hunt down one of the stunning snails, you’re out of luck. Being able to recall ants is another feature that would make this game more intuitive to play.

Ant Raid is not entirely without flaws, but it’s still a great game to pick up for just $2.99, with tons of gameplay, high definition 3D graphics, silly characters, fun animated scenes, and a unique storyline. If you like defense games, Ant Raid is a must download game to add to your arsenal. 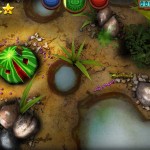 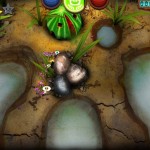 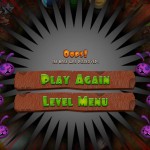 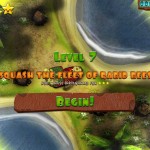 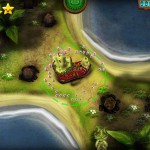 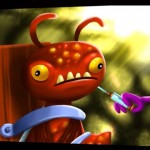 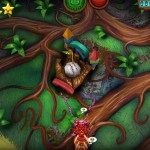 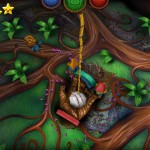 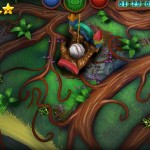 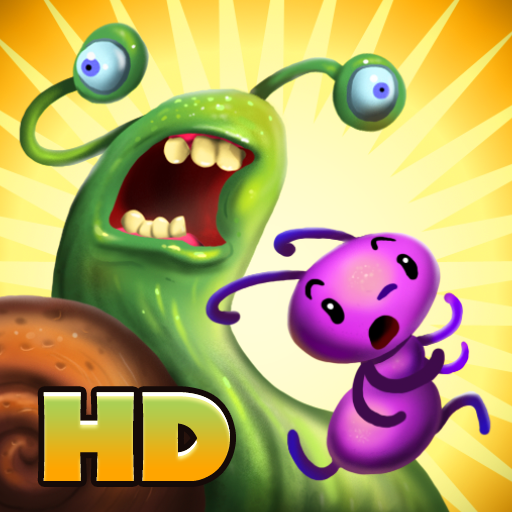 Command An Army Of Ants In Ant Raid

Command An Army Of Ants In Ant Raid
Nothing found :(
Try something else