You are using an outdated browser. Please upgrade your browser to improve your experience.
by Juli Clover
July 22, 2011

Bean's Quest ($2.99) by Kumobius is a retro-styled platforming game that’s universally available for the iPhone and the iPad.

Poor Emilio has been cursed by dark magic and turned into a jumping bean. If that wasn’t bad enough, his beloved girlfriend has been kidnapped, and it’s his job to save her. Join Emilio as he bounces and hops from level to level in search of his missing lover. 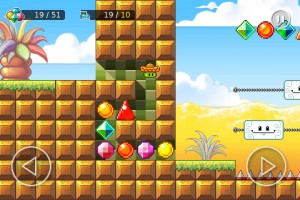 The controls in this side-scrolling game consist of two arrows at opposite ends of the screen, which cause Emilio to bounce left or right. Since Emilio is constantly jumping up and down due to his unfortunate status as a jumping bean, there is no button for hopping. This is disorienting at first, especially if you’re used to platforming games like Mario Brothers, but it’s easy to pick up after a few levels.

In each level, Bean has to progress to the goal at the end, while picking up colorful diamonds along the way (think of the gold coins in Mario games). Plenty of enemies stand in his way, like hungry hermit crabs and angry-looking flying ducks. Enemies can be avoided, or eliminated when Bean jumps on their heads.

Every stage also contains an axolotl for Bean to find; they are his pets that have been hidden by an evil wizard. Levels are intricate and multi-layered with plenty of places to explore, so the game never feels overly linear.

There are multiple points in the level where Bean is prompted to jump onto an overhead platform, and there’s no going back to gather a wayward axolotl, so replaying a level is sometimes necessary.

There are also fun physics puzzles interspersed throughout the game. At times, Bean has to push blocks, bounce on rolling balls, spin seesaws, and crush enemies. And of course, there are always inconveniently placed spikes and monsters to get in the way, making this platform game an exercise in patience.

Midway through each stage, there’s a save checkpoint which changes Bean’s spawn point, so there’s never too much of the game to replay at points where multiple deaths are common.

At the end of each level, there’s a count of how many gems were collected and how many jumps it took to get to the goal. There’s a perfect jump count for every stage, and if Bean makes it to the end fast enough, there’s a badge to unlock. Getting the perfect jump count is extremely challenging, and will definitely keep persistent players busy.

Bean’s Quest was made with classic 16-bit stylized artwork, complete with platforms, floating clouds, spikes, and other environmental elements that will look extremely familiar if you’ve ever played an old-school side scrolling game. The graphics are fun, colorful, and a treat to look at. 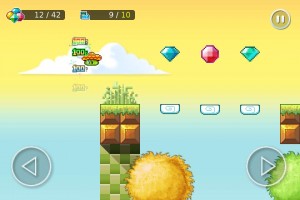 I had a lot of fun playing Bean’s Quest. It reminded me of the days when I’d slave away trying to beat a particularly challenging level in Super Mario Brothers, and then toss my controller across the room when I failed.

Bean’s Quest is not like the overly easy hand-holding games you’ll find an abundance of in the App Store. It’s decently challenging and takes skill and timing to get through each level. Getting though each level with a perfect score and with all the items is an even bigger challenge.

My only complaint with the game is that it’s currently very short. There are only nine levels, which I managed to beat quickly, but I’ve been assured by the developer that updates and additional levels are in the works.

In the meantime, once all of the levels are completed, there’s always the challenge of going back to finish them perfectly, which is a daunting task that will keep players occupied until an update is released. 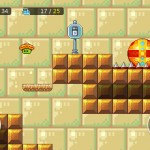 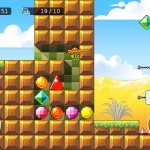 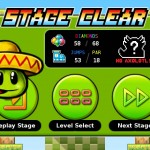 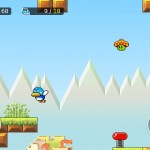 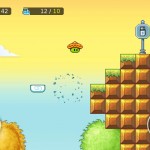 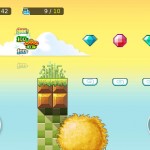 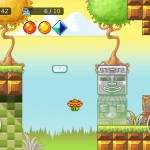 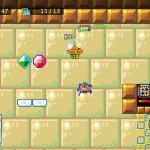 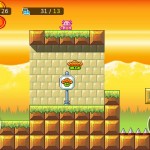 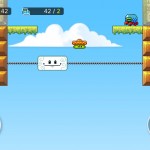 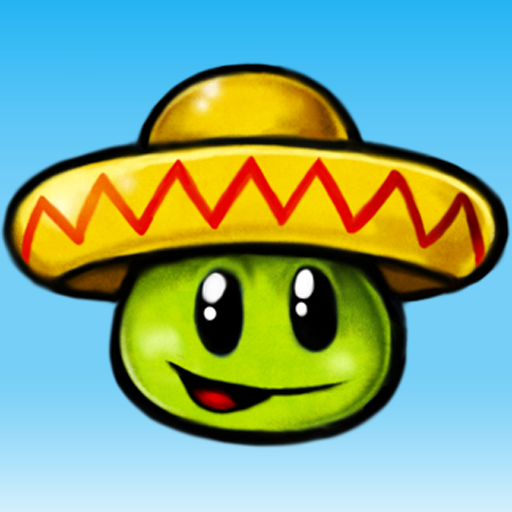 Help Bean Gather All His Missing Axolotls In Bean’s Quest
Nothing found :(
Try something else