You are using an outdated browser. Please upgrade your browser to improve your experience.
by Emily Becker
July 8, 2011

Dogs vs Squirrels ($0.99) by Chaotic Moon Studios, LLC. brings the hijinks of arcade-style Whac-A-Mole to iPad. The weapon of choice for the this app is, of course, fingers, instead of the traditional mallet.

Dogs vs. Squirrels begins with a tutorial. The premise is simple: score points by whacking squirrels, avoid the dogs or you lose points. There is also a twist: users can shake the iPad to rid the screen of multiple squirrels and earn bonus points. 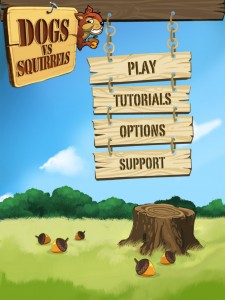 Each round begins with 30 seconds on the clock. Users can go after gems, mallets, hearts, and clocks to earn bonuses during the round.

After time runs out the player starts a new board. There is very little difference between the game boards. In one of them, the tree was snow-covered.

Dogs vs. Squirrels is a very basic app. Some aspects of its gameplay seem almost unfinished. It is, for example, very difficult to finish a game unless the user intentionally plays very poorly. Although a round could be paused, the game never reached a natural end point. I did nothing for several rounds and the game still continued.

Although capturing clocks extends play time, it was unclear how the hearts, mallets, and gems benefit the player.

Dogs vs. Squirrels is not Game Center enabled, nor does it keep track of user high scores within the game. 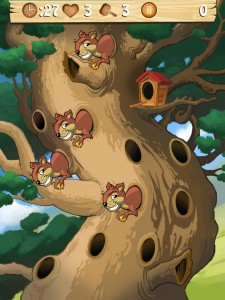 The game is fun at first, but it soon grows monotonous. It is probably best suited to young children. Pre-schoolers won't mind the game's simplistic nature or notice details such as the lack of Game Center integration.

Anyone who has ever lost a fist full of Chuck E. Cheese tokens playing Whac-A-Mole, or one of its imitators will get a kick out of Dogs vs. Squirrels, at least for a few minutes. 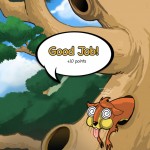 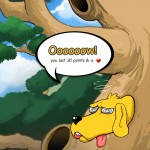 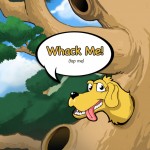 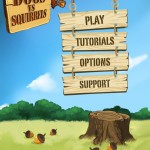 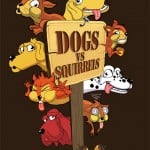 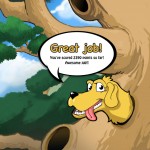 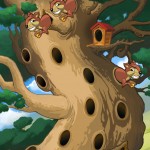 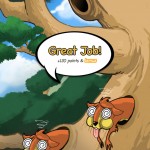 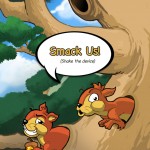 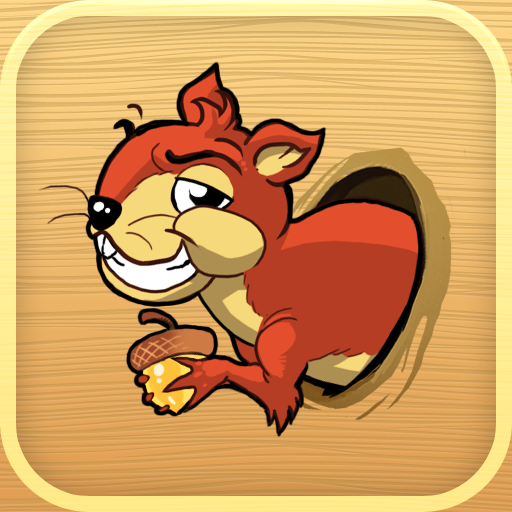 Crazy For Whac-A-Mole? Try Dogs Vs. Squirrels For iPad

Crazy For Whac-A-Mole? Try Dogs Vs. Squirrels For iPad
Nothing found :(
Try something else