You are using an outdated browser. Please upgrade your browser to improve your experience.
by Juli Clover
July 16, 2011

For years now, honey bees across the world have been dying, and honey bee colonies have been disappearing, a phenomenon that’s known as colony collapse disorder. The reasons are not entirely known, and bees worldwide are going missing.

In Honey Tribe, your mission is to play as Corbee, a male drone who has been tasked with saving his colony by collecting nectar to feed the baby bees. He also must help Doc Bloom and his friend Phoebee figure out the mysteries behind why the members of his tribe have been dying. 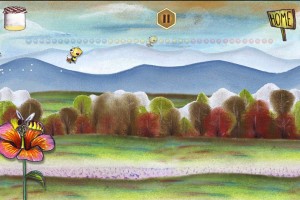 The controls in Honey Tribe are simple and easy to grasp. A touch on the screen causes Corbee to fly through the air. The longer you hold your finger on the screen, the higher Corbee flies, so to maneuver him down to flowers you must tap off and on to choose your altitude.

While Corbee flies, he must go fast enough to avoid the bird that wants to snap him up in her beak, while avoiding other enemies such as flower-dwelling spiders and bee hungry wasps. Obstacles like spiders and bees will cause Corbee to fly slower, while collecting nectar from flowers will boost his speed. There are also environmental hazards to avoid, like rain, because a single drop will turn Corbee into bird food.

Collecting enough flowers will put Corbee in a hyper-speed mode with rainbow stars, which is usually an indication of temporary invulnerability in most games. However, I learned the hard way that he’s still able to be zapped by spiders and wasps in this mode.

At the top of the screen, there’s a small bar that indicates Corbee’s progress through each level, and when he reaches the end, he gets to go home to the nest to drop off his nectar before venturing out again. Getting home is an easy task at first, but as the game progresses, there are more and more obstacles to avoid, making this a suitably challenging game.

In later levels, catching a yellow star will allow Corbee’s friend Phoebee to enter the level for a short amount of time, to help him collect nectar and smash through enemies. Collecting dandelions will unlock special facts, and little perks like these keep Honey Tribe interesting and educational all the way through. 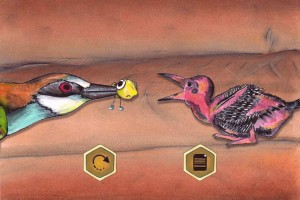 I had a great time playing this game thanks to the solid controls, simple gameplay, soothing music with realistic sound effects, and the beautiful hand drawn graphics. It’s a gorgeous game that kept me entertained and taught me a few new things about bees.

If you’re a nature lover, or simply a lover of well-executed games, Honey Tribe: Colony Collapse is worth checking out. Download it today. It’s a perilous world out there for a bee, and poor Corbee needs your help to keep his colony safe. 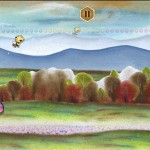 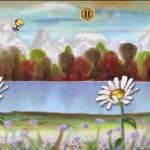 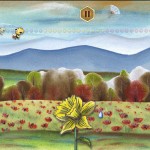 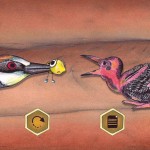 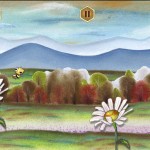 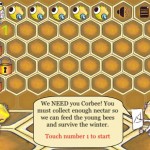 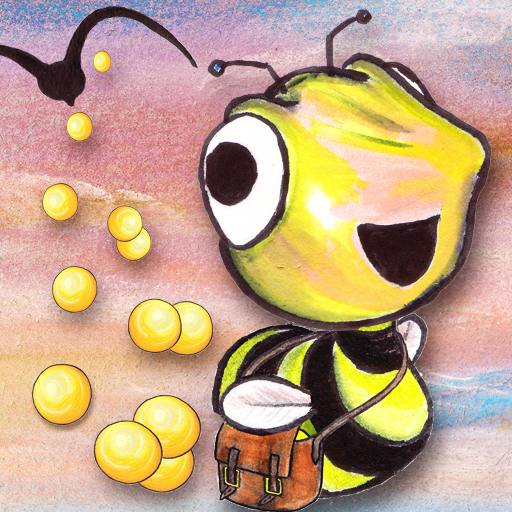