You are using an outdated browser. Please upgrade your browser to improve your experience.
by Kathryn Zane
July 5, 2011
I try to make sure that I know what I'm talking about when I approach an app. This might sound simple and logical, but it seems like it's a dying art in journalism. I try to make sure my facts are straight and that I have a general understanding before going on about something that I don't understand. So, when I was handed an app recommendation that dealt with Ke$ha, I looked her up. I checked out her bio, looked at some pictures, and listened to some of the music. I don't really have a strong opinion about her one way or another. It's one of those things where we can peaceably live alongside each other without having to deal too intensely with each other. When I become some famous, amazing author, and we happen to be at the same venue for some unforeseeable reason, I could give a chin-lift "Hey" while passing by. However, there's a community out there that is not so complacent about her existence. Is that a bad thing? Well, if I don't have a strong opinion about her as an artist or whatever she wants to be called, then I certainly don't have a strong opinion about those who love/hate her. Talk to me about my frustrations with working with Window's Vista, incorrect Greek translations of the modern New Testament or the difference between passive and active voice, and then, I will get my panties in a good and proper twist. This stuff just doesn't do it for me. The developers of The Edu-Ke$ha-nal App do not have such a passive opinion about her. Which is fine by me because their app is awesome. It displays the currencies of over 100 countries. While there's a decent amount that boils down to the dollar, euro or pound, I'm pretty fascinated with learning what country uses what. I had no idea that Canadians refer to their money as dollars as well. I also learned that Guatemala uses quetzales, and Somalia uses shillings. See? I'm learning something new already. I don't particularly know how these currencies compete in the world market, but their names are cool. Another fun aspect of this app that is more education than on the surface is the inflation calculator. Now, I love history. I love the quirks of how it plays into literature, music and philosophy. I follow it winding in and out of the things I love most like food, books, technology and psychology. What was really entertaining to me was being able to mark significant historical events by the dips and slow decreases in inflation. Pretty awesome right? Ok, let me show some history coolness before you write me off. Wold War I began in 1914. At that time, the dollar was worth $21.92. Yes, that is certainly a lot of money. By the end of the war, four years later, the dollar had decreased to being worth $16.00. That's a decrease of six dollars in four years. Why? Because the economy was booming. Factories were being paid to convert to manufacture materials needed to support the troops. Women started entering the workforce to help as well. There was an influx of money into the economy that wasn't present during times of peace when only the men were working and it was business as usual. Don't believe me? Check out what happened from 19818 to 1919. The dollar decreased in worth by almost three dollars. In one year. What happened? Nurses and soldiers were returning home. They were getting busy making families, which meant a large rush of young men entering the workforce. Steel production started soaring. Assembly lines in factories were becoming the norm, and hundreds of jobs were being created. The Roaring 20's were beginning their reign as the most prosperous time the nation has ever seen. The dollar continues to decrease until 1922. The United States passed tariffs to protect the economy, but the dollar says that it actually suffered. The Supreme Court also abolishes child labor, which means that a large group of workers left the work field. Albeit, they had every right to leave those nasty conditions. The dollar bounces around the $12 range until the year 1932 where it shoots up to $15. The next year, it shoots up to almost $17. These two years are the worst of the Great Depression in America. This time is one of great suffering, both economically and socially. Suicides are becoming normal. Soup kitchens can't keep up with the growing demands. Banks are seizing homes right and left to save themselves. Families are starving. The country doesn't truly recover until the year 1943. December 7th, 1942 was the day that Pearl Harbor was attacked. It was the first time that the World Wars had hit American soil. The country was devastated and rallied to enter the war. The year 1943 marked the beginning of American participation in the war, and as seen before, once war kicks in, the economy soars. The dollar dipped back down to it's roaring twenties status of about $12. The dollar dipped again to $10.61 in the year 1947. This year was when baby boomers were in being born left and right. Many of the soldiers who came home had entered the work force again. The women who had been in the work force and taken up assembly line positions stayed in the workforce. See? Money can be educational. I love little things like this that show how interconnected things like the economy and war can be. So, check out this Edu-Ke$ha-nal App for some fun with money. The Edu-Ke$ha-nal App at the iTunes store for $0.99, or if it was available last year, it would be worth $1.00. 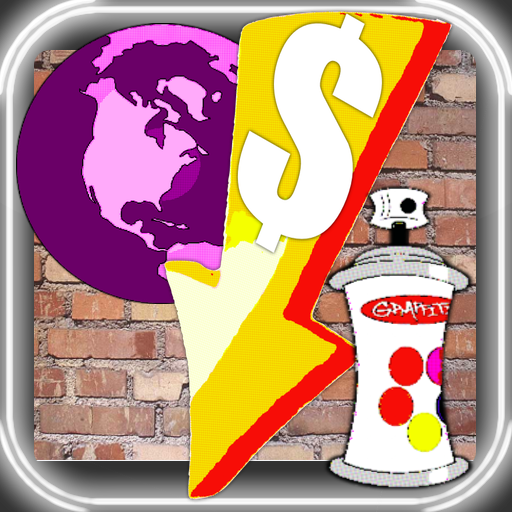 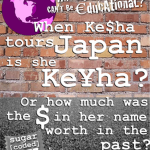 Quirky App Of The Day: The Edu-Ke$ha-nal Dollar App

Quirky App Of The Day: The Edu-Ke$ha-nal Dollar App
Nothing found :(
Try something else