You are using an outdated browser. Please upgrade your browser to improve your experience.
by Samuel L. Lytle
July 30, 2011

Smart Alarm Pro ($0.99) by GRsoft Labs is a multifaceted alarm clock primarily designed for nightly use. It features weather and location integration as well as several different colored clocks, 50 positive quotes, and more. 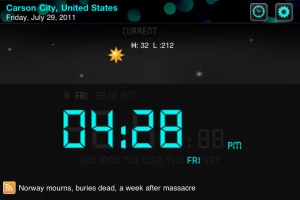 In the battle for most popular alarm clock apps, the ones that are pulling ahead have the most features. After all, if they are all $0.99, what is the differentiator? Smart Alarm Pro includes most of the must have features and tosses in a few unique ones as well.

Aside from how many features an app has, the look of the clock is the next most important feature for competition in the genre. Smart Alarm Pro gives a handsome digital interface that's available in a variety of colors, but unfortunately doesn’t give other options such as an analog clock.

One thing I like about SAP is how they cram in a bunch of features but still are conscious of information overload. Weather for the next five days is neatly displayed and only one news headline is shown at a time. Another neat feature is the smart alarm that wakes you up 30 minutes early if the weather report indicates severe weather.

The alarm features are fairly standard and include 20 built-in sounds along with the option to choose a song or playlist from your library. The alarm even works if the screen is off or if the device is in vibrate mode. You can also choose which features you want to display, add a photo album, shake for a flashlight (white screen, not LCD), scroll down to dim, and did I mention it is universal to the iPhone, iPad and iPod touch?

The only issue I had was that the temperature was way off some of the time (Hi: 32 Low: 212- see pictures). I don’t know if this is an isolated case to my Verizon iPhone, but hopefully this will be fixed in future updates.

Smart Alarm Pro is a good option if you are in the market for a feature-filled clock. It isn’t quite as customizable with different clock faces as some, but there are more than enough options to help this newcomer stand out in a crowd. 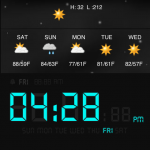 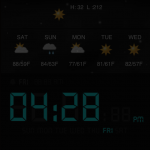 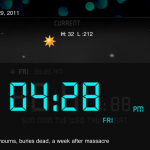 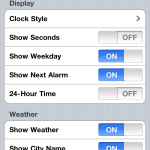 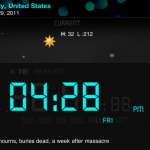 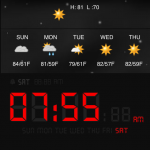 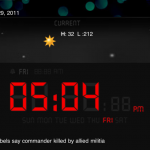 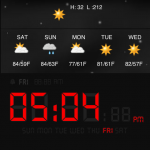 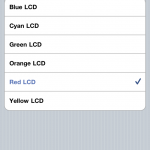 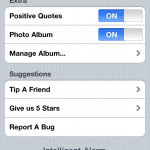 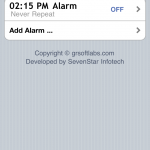 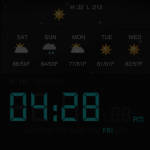 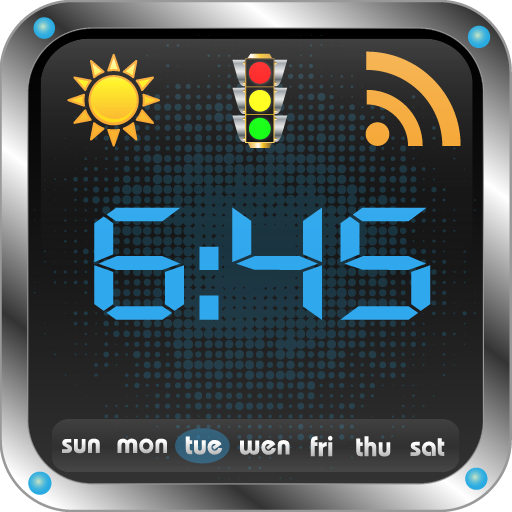 Smart Alarm Pro
GRsoft Labs
Nothing found :(
Try something else