You are using an outdated browser. Please upgrade your browser to improve your experience.
by Lory Gil
July 26, 2011

Sushi Boy Thunder (Free) by wefiends is an action-packed arcade game that shoots you like a rocket, straight up, so you can collect sushi and coins. Entertaining you with adorable graphics and anime sound tracks, this fly and dodge game is free with in-app upgrades that will make you giggle. 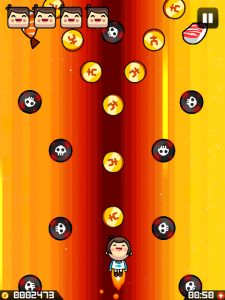 Your goal as Sushi Boy is to eat as much sushi and collect as many coins as possible while moving at fast speeds and avoiding dangerous obstacles. As you eat the sushi, you grow fatter, until your bonus level is reached. At that point you can use your power to fly at lightning speeds and become invincible enabling you to gobble the goodies without fear of injury. There are no levels. You just play until you die. As you collect sushi and Thunder Orbs, you gain bonuses that help you go farther. Collecting coins will help you unlock stats upgrades, like additional stamina or speed. For a larger sum of coins, you can upgrade your outfit to one of three super cute costumes, which also carry additional stats.

In addition to upgrading Sushi Boy, you can unlock new characters, like Maw (a kitty?) and Toko (a robot). Each character has a different stat ranking and costs $0.99. You can purchase all six for only $2.99. Other in-app purchases include the ability to buy coins so you don’t have to do any work to upgrade your stats. The game is still unbelievably fun without paying a single cent, so the in-app purchases don’t feel like a trick, but a legitimate extra feature.

Overall, this arcade game is fun and easy to play. You will spend many hours trying to gobble as much sushi as possible while earning the extra coins you need to upgrade to that bear suit. Unlock all six characters for the low price of $2.99 and you are still getting a bargain of a game. 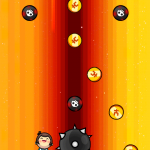 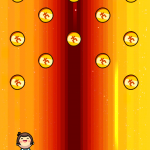 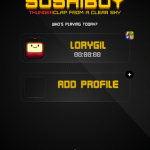 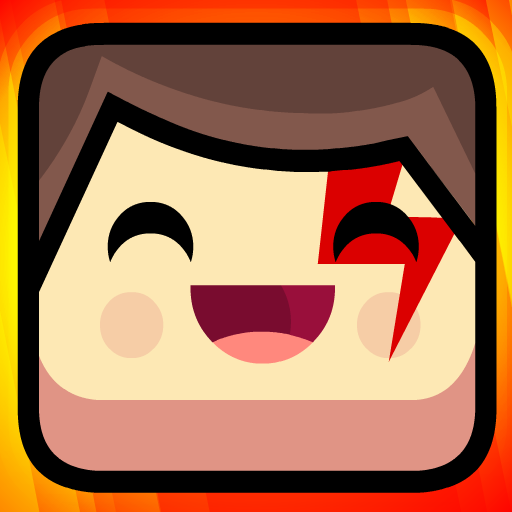 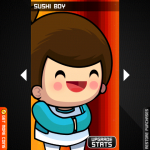 Sushi Boy Thunder Rolls Into The App Store
Nothing found :(
Try something else