You are using an outdated browser. Please upgrade your browser to improve your experience.
by Lory Gil
July 18, 2011

Tom Clancy's Rainbow Six®: Shadow Vanguard HD ($6.99) by Gameloft is the iPad release of the popular first person shooter (FPS) game of the same name. The iPhone/iPod touch version was released four months ago, almost to the day, to much fanfare. Now, you can experience it in all its HD glory on your iPad or iPad 2. 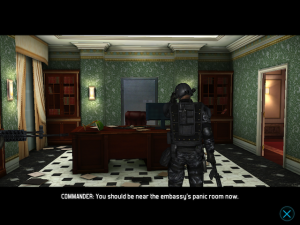 The Rainbow Six team has been in video game format since the late 90s and they are highly regarded as well designed first person shooters. In Shadow Vanguard HD you have a team of two soldiers under your command to help get you through the missions, making it even more enjoyable to fans of the genre.

You can play the game in single player campaign or multi-player mode. You can use multi-player in either co-op or death match mode. In co-op mode, you can log in to play a match online. You can also connect via local Wi-Fi or Bluetooth and play a quick match, or you can create one. In death match mode, you can connect and play using the same options, but against a team, instead of working with a team.

If you choose the single player campaign, you can change the difficulty level between Recruit, Operative or Elite. You will then start your training where you will learn movement, weapons handling and how to command your soldier. You then move on to your missions. There are 11 in all, each one with stunning new backgrounds and enemies to fight.

This is the first Tom Clancy game I have played, and I had a blast. In Recruit, the game is easy to play without being boring. Playing death match online is fun, even though I had a tough time getting used to the iPad’s controls and aiming functions. In fact, I never hit a single target my first time. Practice makes perfect. I’d like to see additional features with this game, like the ability to have more than one saved game at a time, or the ability to change difficulty within a game. I quickly found myself wanting to increase my difficulty, but had to restart the game in order to do so.

Overall, this is a fantastic FPS game, including the ability to lead a team of soldiers to assist your missions. It looks stunning on the iPad 2 and has smooth gameplay. The online death match will keep you busy for hours. The $6.99 price tag is more than reasonable for such an action-packed adventure, filled with so many features. Fans of FPS games will not be disappointed with this one. 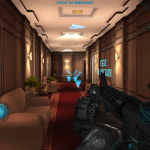 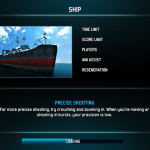 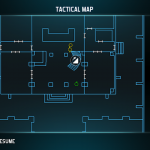 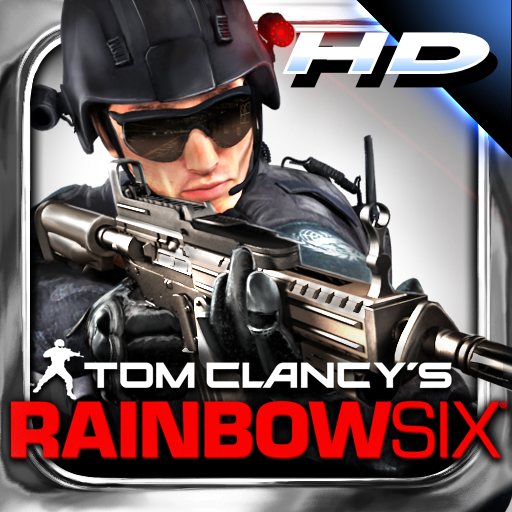 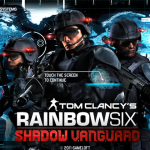 Tom Clancy’s Rainbow Six Comes To The iPad
Nothing found :(
Try something else