You are using an outdated browser. Please upgrade your browser to improve your experience.
by Alexander Vaughn
July 25, 2011
As you might have noticed, Apple has included a brand new version of the Bluetooth standard in its recently released MacBook Airs. Labeled Bluetooth 4.0, this new version of the short distance wireless protocol allows for some incredible new tricks, which Apple will, without a doubt, take advantage of in its upcoming iDevices. Furthermore, it might also signify the early death of NFC. There has been a lot of talk around Apple about adding NFC capability to the iPhone. This other short distance wireless standard is slowly growing in popularity. It allows for short distance secured communication, payments, exchanging information with people around you, and pretty much anything else developers want to use it for. It's proving particularly popular for touch-less payments. Yet, Apple has yet to support it, and despite the rumors we don't know if they really will. On the other hand, Apple is now starting to include Bluetooth 4.0 in its devices. Just like NFC, Bluetooth 4.0 comes with a low-energy specification that might actually play the same role and more. As MacRumors points out, it works similarly to Nike+; Nike's system of transmitters you can place in special shoes that will pair with your iDevice and track your running performance. These don't use Bluetooth 4.0, but the concept is the same. Unlike regular Bluetooth or Wi-Fi, the low-energy part of the 4.0 specification allows devices to communicate using almost no power. This might not sound like a big deal at first, but it is actually crucial to a whole array of new developments. Casio for example uses this technology to allow its watches to communicate with some cellphones over a range of five meters (16 feet). It lets you cheaply add geo-location capabilities inside a building, not to mention all the other health and communication applications we mentioned above. Payments are also an option. Clearly, Apple is on its way to supporting Bluetooth 4.0 in its devices. By opening it to developers, the sky is the limit as to what will be possible. Yet, we're not convinced at the moment that Apple will completely forgo NFC, even though they could. Indeed, NFC terminals are slowly being deployed all over the world, pushed by other manufacturers, and in particular credit card companies. By adding NFC, Apple would possibly allow us to pay wirelessly in thousands of location all around the world right away. Yes, of course Apple likes to defend and only support its own standards. Yet, we think this is too big of a deal for them to miss out on. What else could Apple do with low-energy wireless communications? Possibly: iWatch, iShoe? Tell us in the comments! 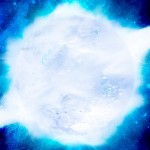 What Bluetooth 4.0 Means To iOS (Hint: A Lot!)
Nothing found :(
Try something else