You are using an outdated browser. Please upgrade your browser to improve your experience.
by Susan Megrund
July 5, 2011
The website Quora.com, which is a question and answer community, has an anonymous post about Apple and how they spend their cash. The quote seems to make a great deal of sense. Quora’s goal is to have each question page on the site become the best possible resource for anyone who wants to get more information on a given topic. They want to keep their reputation positive, so I would imagine there could be some credibility to this post. The question that was presented on Quora’s website was regarding how Apple uses its cash and their ability to stay ahead of the competition in terms of designing and building hardware and components. Here is part of what the anonymous post said:

What Apple does is use its cash hoard to pay for the construction cost (or a significant fraction of it) of the factory in exchange for exclusive rights to the output production of the factory for a set period of time (maybe 6 - 36 months), and then for a discounted rate afterwards. This yields two advantages: 1.     Apple has access to new component technology months or years before its rivals. This allows it to release groundbreaking products that are actually impossible to duplicate. Remember how for up to a year or so after the introduction of the iPhone, none of the would-be iPhone clones could even get a capacitive touchscreen to work as well as the iPhone's? It wasn't just the software - Apple simply has access to new components earlier, before anyone else in the world can gain access to it in mass quantities to make a consumer device. One extraordinary example of this is the aluminum machining technology used to make Apple's laptops - this remains a trade secret that Apple continues to have exclusive access to and allows them to make laptops with (for now) unsurpassed strength and lightness. 2.  Eventually its competitors catch up in component production technology, but by then Apple has their arrangement in place whereby it can source those parts at a lower cost due to the discounted rate they have negotiated with the (now) most-experienced and skilled provider of those parts - who has probably also brought his production costs down too. This discount is also potentially subsidized by its competitors buying those same parts from that provider - the part is now commoditized so the factory is allowed to produce them for all buyers, but Apple gets special pricing. Apple is not just crushing its rivals through superiority in design, Steve Jobs's deep experience in hardware mass production (early Apple, NeXT) has been brought to bear in creating an unrivaled exclusive supply chain of advanced technology literally years ahead of anyone else on the planet. If it feels like new Apple products appear futuristic, it is because Apple really is sending back technology from the future.

It is hard to deny that Apple has created and maintains a premier position in the market when it comes designing and building high quality hardware, and competitors are always trailing behind in technology. This theory seems to make sense, and it is wise on Apple’s part. Not only will they have the best products available, but they also will be able to control the overall market and competition this way. What do you think? Please share your thoughts. We would love to hear your comments about Apple’s ability to stay in front of the competitors. 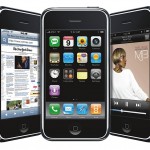 What Explains Apple’s Ability To Stay Ahead In The Marketplace?

What Explains Apple’s Ability To Stay Ahead In The Marketplace?
Nothing found :(
Try something else