You are using an outdated browser. Please upgrade your browser to improve your experience.
by Susan Megrund
August 19, 2011
A recent survey published by Baird Research group shared a lot of insight for tablet makers and it is good news for Apple, which only means bad news for non-Apple device makers. Over 1,100 people were surveyed and 531 individuals said they were thinking of buying a tablet in the near future. Of those respondents, 94.5 percent them said they had interest in the iPad. It drops drastically from there, where 10.4 percent said they would consider an HP Touchpad. Multiple answers were allowed, so individuals were able to state all the tablets that interested them. But with that drastic difference between the iPad and the other non-iPad devices, it is clear Apple continues to lead the tablet market. Baird Research said the primary demographics of the respondents were centrally located US based consumers; 57 percent were males and 43 percent were females. Approximately 50 percent are planning on purchasing a tablet soon and of those, 75 percent will be first time buyers. A huge 93 percent of tablet owners currently own an iPad. Of those respondents who were planning on another tablet purchase, only three percent of them said they were considering something other than an iPad. In addition to these demographics, the survey also revealed that most consumers interested in purchasing a tablet were between the ages of 30 and 40, while those who already owned a tablet were mostly in the 40 to 60 age group. The group that showed the least interest was between the ages of 18 to 22. Perhaps this is a reflection on economic factors within these age groups. 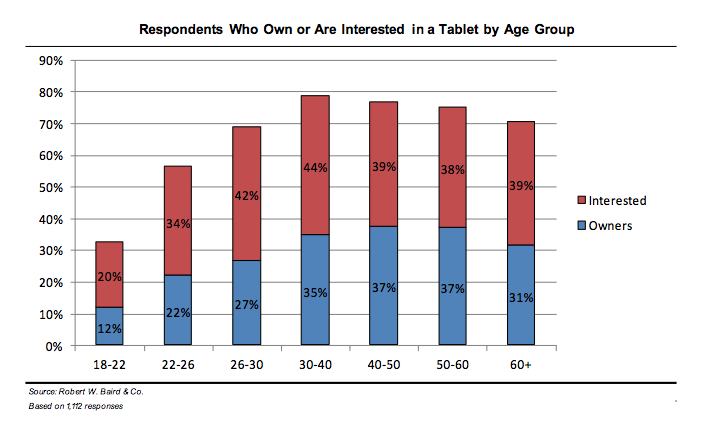 In all those surveyed, only 17 percent said they could live without their PC today or in the future. So this suggests that tablets are still considered more of an accessory device. With all this being said, tablet development still has great potential and I imagine we will continue to see surveys and research pumped out as more users come on board and more uses for the tablet are discovered. 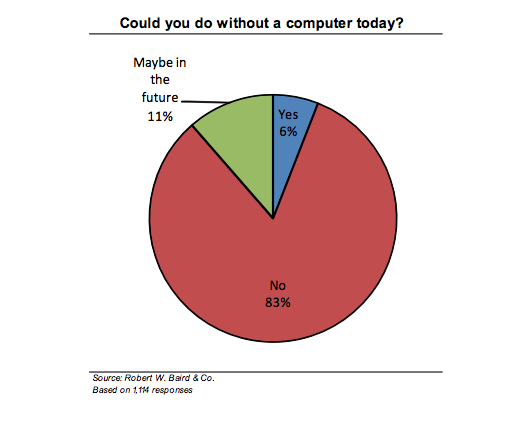 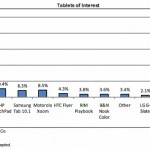 A Recent Survey Shows iPad Dominance With Future Tablet Buyers
Nothing found :(
Try something else