You are using an outdated browser. Please upgrade your browser to improve your experience.
by Bryan M. Wolfe
August 26, 2011
Do a Google search and you’ll find a growing list of articles from people praising Steve Jobs and offering their own “Steve” stories. This, of course, comes on the heels of this week’s announcement that Jobs has resigned as the Apple CEO. One of those stories is being highlighted by Bloomberg News, who recently spoke to the Salesforce.com CEO, Marc Benioff about a time he met with the Apple co-founder. Apparently in 2003, Benioff and Jobs had a discussion on how Salesforce.com ran its business. Jobs advised Benioff to dream bigger and to think about the bigger “ecosystem.” Benioff took Jobs’ advice and soon, Salesforce.com introduced an app store called App Exchange. When Jobs announced his company’s own App Store in 2008, Benioff returned the favor. According to 9 To 5 Mac:

Benioff went up to Jobs and said, “I’m gonna give you the trademark and the URL because of the help you gave me in 2003.”

This is a great story and the video of Benioff explaining his experience with Jobs to Bloomberg is worth watching. Take a look: Jobs retired as Apple's CEO on Wednesday. He remains, however, the company's Chairman. 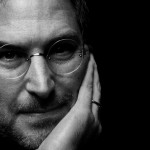 How Salesforce Gifted The App Store To Steve Jobs, Apple

How Salesforce Gifted The App Store To Steve Jobs, Apple
Nothing found :(
Try something else