You are using an outdated browser. Please upgrade your browser to improve your experience.
by Bryan M. Wolfe
August 24, 2011
It’s no secret that Apple’s App Store is very much a closed system controlled entirely by the beast that created it. Now comes word that Apple’s decision to forgo an open system like Android is actually protecting customers from malware, at least for now, according to The Apple Insider. A recent survey by McAfee suggests the number of malware exploits facing Android users is up 76 percent from quarter-to-quarter. Meanwhile, the same survey found that “iOS remained untouched by malware.” Accordingly, Google’s Android platform is now the most targeted platform for mobile malware, followed by Java ME, Symbian, and BlackBerry. The only threat iOS users have faced recently has been the fake anti-virus malware called MacDefender. Still, McAfee says that Apple must remain vigilant, saying that future attacks would “eventually make their way to the iPhone and iPad, calling it a “case of “when” rather than if.”” We’ll keep you updated. 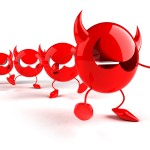 Apple’s 'Closed' System Protects Consumers From Malware
Nothing found :(
Try something else