You are using an outdated browser. Please upgrade your browser to improve your experience.
by A.T. Faust III
August 11, 2011
Today, Patently Apple revealed a particularly ambitious set of plans assembled by the researchers and engineers in Cupertino, CA. In fact, the implications of this patent application are far-reaching, complex, and quite specifically detailed, leading the analysts at the noted blog to conclude Apple is determined to move forward with its innovation in the near future. And what's that innovation? In a word, projectors! But, as with most Apple patents, it's not as simple as that. Essentially, the world's most valuable company intends to bake micro (or pico) projector technology into its iDevice lineup, even considering building (or partnering with an established manufacturer to build) a MacBook/desktop projector accessory. All approaches, regardless of housing, would function in the same way, employing integrated (likely front-facing) cameras as a gesture-based control mechanism to control the projected content. Additionally, such images -- via various gestures -- can be shared between projecting devices (via Bonjour, NFC, Wi-Fi, etc.). Taking things further, these multi-device setups could also share duties in projecting portions of a larger image, increasing the effective size and workspace of any shown content. 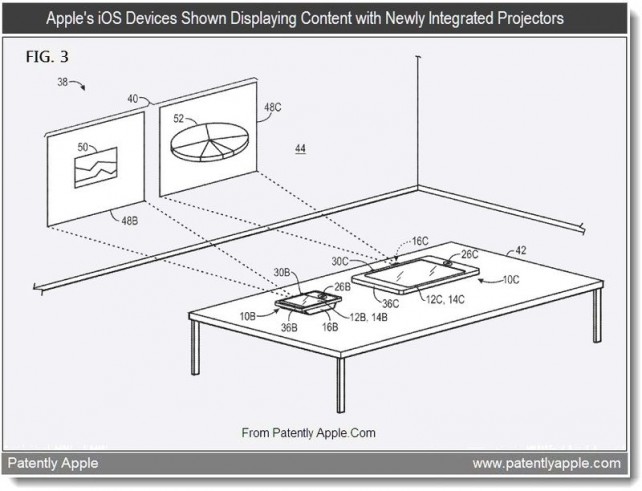 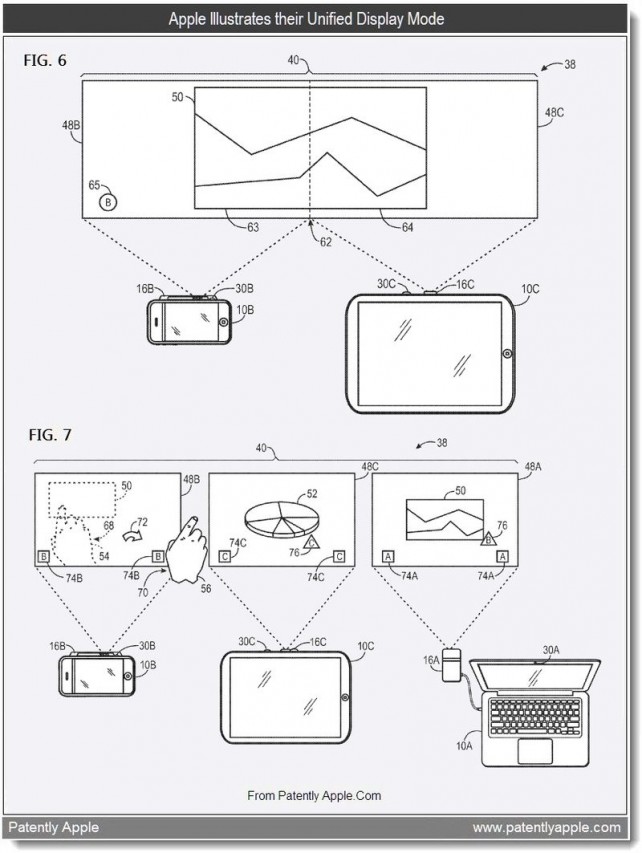 However, there's another, more advanced input method discussed that has us really excited: shadow detection and silhouette gestures! Explains PA:

For enterprise applications, these revelations have an extreme functional upside, and they reiterate Apple's newfound dedication to make its device lineup as obvious a winner for the business set as its been for consumers in general. However, it's that consumer market that might cause some worry with any such new system. See, when the first pico-packin' cellphones arrived on the scene, I figured they'd have a hard time taking off. Allowing anyone to project an image or video anywhere they please, regardless of public viewer permission (or copyright holder permission, for that matter) could lead to countless lawsuits and many an unsavory experience. Imagine empowering a perverted prankster the unchecked opportunity to throw explicit images into the faces of children outside a daycare or on the bus. It could get really ugly really fast. That said, there's definitely a legitimate market for this new technology both inside and outside of enterprise-based markets; and we're going to stay optimistic in our hope that this projector patent sees the bright light (or, rather, the darkened room) of day. 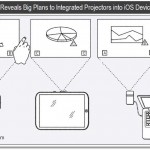 Apple's Plans For Projector Integration Are Groundbreaking, Exciting, Possibly Ready To Go
Nothing found :(
Try something else