You are using an outdated browser. Please upgrade your browser to improve your experience.
by Alexander Vaughn
August 15, 2011
Just moments ago, Google founder and CEO Larry Page announced, in a blog post, his company's intention to purchase Motorola Mobility, the mobile division of the American-based electronics giant and longtime Android supporter for about $12.5 billion. With over 150 million users, Google is, with Android, one of the biggest players in the world of smartphones at the moment, and Apple's biggest competitor. Their OS, which they license for free to handset manufacturers hoping it will drive revenue from Google's services has been quite a hit. Yet, Google has lacked the deep integration, and great experience Apple has always been able to provide by controlling both the software and hardware of its mobile products. This is what makes this acquisition particularly strategic in today's landscape. Officially, Google claims its goal in buying Motorola is to acquire its patents. Over the last few months, Android has been under fire, being hit with many patent lawsuits from Apple and other competitors. Acquiring Motorola's many patents covering mobile technology will be a very strong weapon for Google, and might save them from getting in trouble for everything they allegedly ripped off from iOS and other platforms. However, the obvious implication of this acquisition seems to be that Google wants to build its own Android handsets. This way they will be able to fight more effectively against Apple by controlling the entire Android product. While Google officially claims Android will remain "open" (read: available to other manufacturers), this is clearly a move towards becoming more like Apple. Will this be enough? We're not sure. At the moment, Android, even in its latest iteration, is an extremely poor operating system. It's nowhere near as usable and well designed as iOS. Not to mention, the platform as a whole, especially the Android Market, is still struggling to compete on quality. Nevertheless, iOS is about to get some much needed competition and this is great news for consumers. How do you feel about this acquisition? Tell us in the comments! (Image Credit: thetelecomblog) 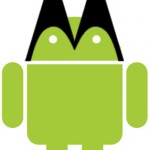 Breaking: Google To Buy Motorola — Hopes To Compete With Apple

Breaking: Google To Buy Motorola — Hopes To Compete With Apple
Nothing found :(
Try something else