You are using an outdated browser. Please upgrade your browser to improve your experience.
by Susan Megrund
August 15, 2011
Chinese officials have cracked down on the numerous fake Apple Stores that opened recently in China. It appears they have not closed their doors and gone out of business. Instead, they have been renamed “Smart Store.” Some stores have completely removed the Apple logo from the name, and others have actually left it intact. The store itself seems unchanged, with similar Apple Store fixtures and products. 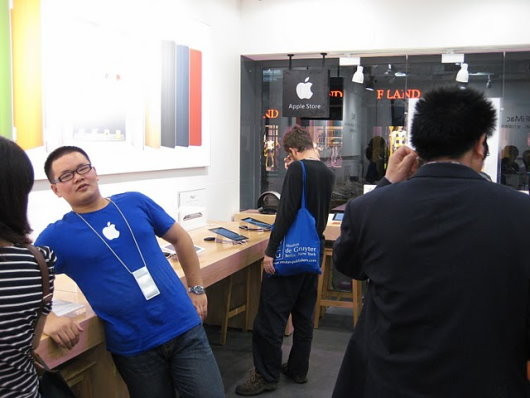 The stores were first discovered in Kunming, China and it is believed the products were coming from third party resellers. All the merchandise was actual Apple hardware. Of the five originally discovered stores in Kunming, two were forced to close their doors. Over the last week, 22 more stores were found in the area along with similar look alike stores opening in Beijing. These stores have been forced to remove any Apple branding and the use of Apple’s logo. However, even with the Smart Store change, they still do business the same way on the inside. Even with the name change and cover up of all Apple branding, Reuters reports that these stores have led to a wide investigation of all electronics shops in Kunming; looking at licenses and authorized permits for brand use. Currently, Apple has four stores in Beijing and Shanghai, and only authorized resellers in Kunming. 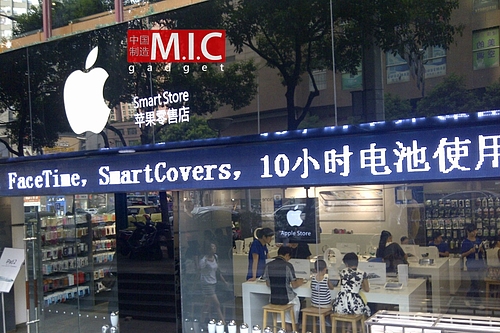 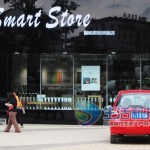