You are using an outdated browser. Please upgrade your browser to improve your experience.
by Bryan M. Wolfe
August 8, 2011
Just how popular is the iPad? So popular, that it will still dominate the tablet market heading into the next decade. This is the conclusion drawn from a new survey first reported by All Things Digital. According to Needmam analyst Charlie Wolf, the iPad will control 85 percent of the tablet market this year. While this number will slowly drop, even by 2020, the iPad will still control 60 percent of the market. The reason?

Future tablets are more likely to steal share from one another than from the iPad,” Wolf explains. “The tablet market has been inundated with new models — the Xoom running on Android’s Honeycomb operating system, RIM’s PlayBook running on the company’s QNX operating system, HP’s TouchPad running on webOS, and many others. All of them have been greeted with a yawn and lackluster sales. None have been able to undercut the aggressively priced iPad, because the iPad’s component costs are materially lower than those of competing tablets. In the case of tablets, the only thing that matters — that turns what’s otherwise a slab into a versatile device — are the apps. And the applications available on the tablets introduced this year number at best in the hundreds. In comparison, more than 100,000 applications are available on the iPad.”

It will be interesting to see how well these projections turn out to be. I've often said that the reason the iPad (and iPhone for that matter) will remain dominant is the App Store. Looks like this analyst agrees. 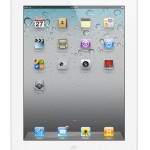 Don’t Look For The iPad’s Dominance To End Anytime Soon
Nothing found :(
Try something else