You are using an outdated browser. Please upgrade your browser to improve your experience.
by Susan Megrund
August 10, 2011
Yesterday, the law firm of Hagens Berman filed a class action lawsuit against Apple and five leading publishers: HarperCollins, Hachette Book Group, Macmillan, Penguin Group and Simon & Schuster. The lawsuit claims they engaged in fixed electronic book pricing, which forced Amazon to abandon their pro-consumer pricing. Back in January of 2010, Apple and the above named publishers engaged in conversations about the pricing of e-books and agreed to an agency model, where publishers are allowed to set the prices of their e-books. This forced Amazon to raise the prices on their Kindle books. If Amazon sold them for any less, the publishers denied access to their titles. The firm believes Apple was involved in this scheme prior to the release of the original iPad. This is due to the threat of Amazon and the possibility that other media such as movies and music would become available on the Kindle. By moving into an agency model, Apple would neutralize the e-reader market and the Kindle would not be as big of a threat. It seems that e-books should be cheaper than hard copies, due to the lower production costs. However, since these publishers have switched to an agency model, many e-books cost more than their printed counterparts. According to the complaint, e-books have increased in price by as much as 50 percent. The lawsuit claims that Apple and these publishers have violated several state and federal antitrust laws, including the Unfair Competition Act, the Cartwright Act and the Sherman Act. The lawsuit is seeking damages for the purchase of e-books, an injunction against pricing e-books with an agency model and the forfeiture of the profits the defendants received as a result of the violation of antitrust laws. This could total tens of millions of dollars. The plaintiffs in the suit are a couple of e-book users, who have purchased an e-book for more than $9.99 after the agency model was introduced. If you believe you could be a plaintiff in this case, feel free to click here. What are your thoughts? Is this a fair lawsuit? 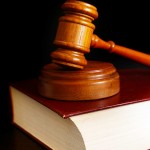 Lawsuits, Lawsuits And More Lawsuits; This Time, Apple Price Fixing E-Books
Nothing found :(
Try something else