You are using an outdated browser. Please upgrade your browser to improve your experience.
by Christine Chan
August 8, 2011

What do you do if you're a baby monkey? Why, jump on to the back of the nearest pig, of course! But that pig doesn't seem to happy that you're on there, so it will try and kick you off. So you end up backwards on the pig, and start your endless journey. 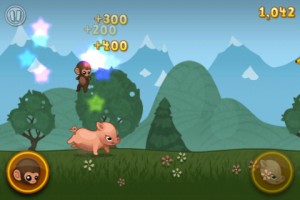 The game is fairly simple -- the monkey and pig are now together, and run nonstop. it is your task to help them maneuver past obstacles like fences, haystacks, and even 'Space Unicorns' and 'Nom Nom Hamsters.' To do this, there are two buttons on the screen: the monkey (left) and the pig (right).

Both of these buttons will make the corresponding animal jump. The monkey must jump to collect bananas and avoid the impact when the pig goes crashing through obstacles. With the pig, it must jump over pits and cliffs. A super jump can happen if you have the monkey jump while the pig is jumping -- this is great for getting the bananas that are a bit higher than the rest.

As you collect bananas, you will gain points. For each consecutive banana, a multiplier will activate (e.g. the first banana will be 100 points, the second will be 200, third will be 300, etc.) until you miss a banana. If this happens, the multiplier will reset.

The areas that your duo will change as you go -- the longer you last, the more different environments you will encounter. It's definitely a challenge to time your jumps correctly in order to get the chance to see the other terrain.

If your monkey crashes or your pig falls into a ditch or crashes into a wall, then the game ends. You will see your score at the end along with a friendly tip on what you did wrong.

As you play the game, you will keep wanting to play to break your previous high score. The game will keep a local record of your top 10 scores, but there is also Game Center support so you can compare with your friends. Achievements are present as well, and there are quite a few achievements to collect that add to the replay value of this pick-up-and-play game.

The best thing about this game is actually the song. I challenge you to play this and to not get that song stuck in your head -- it's very catchy! 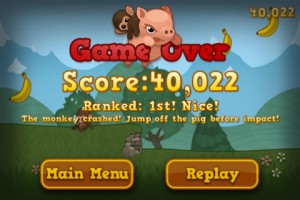 I did encounter some issues though. Mostly from viewing Game Center from within the game -- when you hit "Done" to go back to the game after viewing leaderboards or achievements, you get a black screen. To remedy this, you will have to exit the app and come back to it.

Another thing that I found disappointing is the fact that there is no multitasking support. If your game gets interrupted for whatever reason, and then you go back to it later, you'll be greeted with the splash screen and main menu again. That's right -- that record breaking score you were getting? Wiped out. I hope that the developers can add support for multitasking or saved-state to prevent this in the future.

If you're a fan of endless runners and adorable animals (how can anyone not like a baby monkey and a pig together?), then this is definitely a game for you. Endearing entertainment for a dollar -- well worth it. 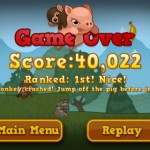 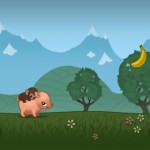 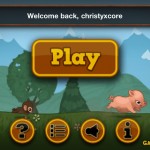 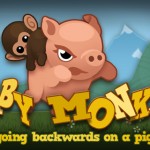 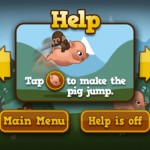 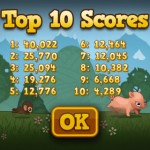 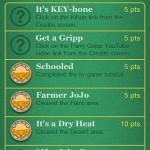 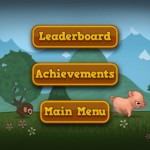 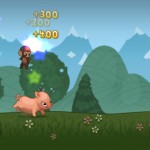 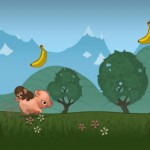 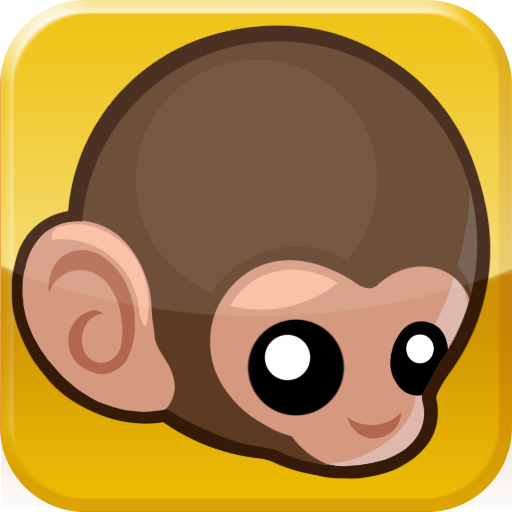 How Far Can You Go As A Baby Monkey Going Backwards On A Pig?

How Far Can You Go As A Baby Monkey Going Backwards On A Pig?
Nothing found :(
Try something else