You are using an outdated browser. Please upgrade your browser to improve your experience.
by Bryan M. Wolfe
August 2, 2011
By all appearances, Nicholas Allegra is your typical 19-year old; a little disheveled and unsure about his future. Online, however, Allegra is arguably Apple’s biggest headache, according to Forbes. Under the hacker handle Comex, the Chappaqua, New York native is the brain behind the popular piece of code known as JailBreakMe. With it, iDevice owners are able to strip away security measures Apple has placed on its iPhones and iPads. According to Allegra, exploiting Apple’s defenses:

“Feels like editing an English paper. You just go through and look for errors. I don’t know why I seem to be so effective at it.”

Since JailbreakMe 1.0 was released in 2007, nearly 2 million iDevice owners use the jailbreak even as Apple continues to try to stop it. In fact, Apple now blocks Jailbreakme.com on the Wi-Fi networks at its Retail Stores. Meanwhile, Allegra fights on. Says Forbes:

Allegra argues that his jailbreaking work is legal. The U.S. Copyright Office created an exemption last summer in the Digital Millenium Copyright Act for users to jailbreak their own cell phones, despite’s Apple objections that the ruling could open phones to dastardly hackers and even lead to “catastrophic” attacks that crash cell phone towers.

To read more about Allegra, a.k.a. Comex, visit Forbes.com. 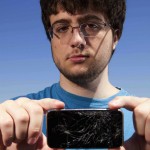 Say Hello To Comex, Apple’s Public Enemy Number One
Nothing found :(
Try something else